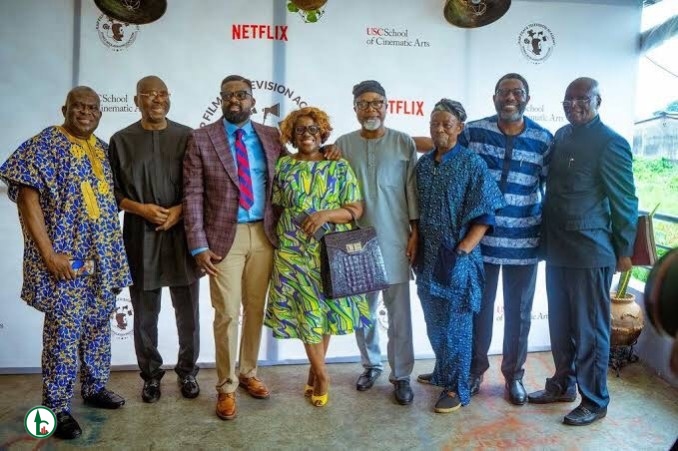 Veteran Nigerian actor, Kayode Olasehinde is well known as Ajirebi on Tuesday got a multimillion ambassadorial deal with a car and land gift.

Ajirebi who is also known as Pa James in the weekly comic relief series Papa Ajasco was also appointed the company’s brand ambassador.

The gift of a car and land was part of the activities to mark Adeyemo’s 43rd birthday. He celebrated with fun and ecstasy with his colleagues at the Nigerian Union of Journalists (NUJ) mosque where prayers were offered to Allah on behalf of the celebrant and his family.

Adeyemo who facilitated the building of the Mosque with assistance from Muslim brothers and sisters was full of praises to Almighty Allah for the grace to complete the building in spite of the paucity of funds and low response from those called on to assist with the building.

He said saw as the building as challenges that must be completed at a record time when he was appointed as the Chairman of the building committee.

His words ‘We did fundraising for the mosque, we were able to realize about N300,000, with Allah’s assistance, we had to put it on our shoulder by adding the balance of over Three million Naira to ensure that we delivered as promised.

He called on politicians and well to do individuals to take issues of the masses’ welfare as a priority, saying that the situation in the country calls for people to be their brother’s keeper.

At the Pelican Valley venue of the reception, the CEO, Pelican Estate, Dr Adeyemo gave out the branded car with a value of #4.5m to the Pelican brand Ambassador, Pa Kayode Samuel Olasehinde, a.k.a Pa James

Apart from the car gift, a plot of land worth three million naira was also added for Ajirebi or who attended the ceremony with his wife and son.


About SEUN TCV 2939 Articles
I'm Youngz. A professional web designer, graphics, A small guy behind Topcityvibe. Stay update with our Non Stop update.You can connect with my handle below.