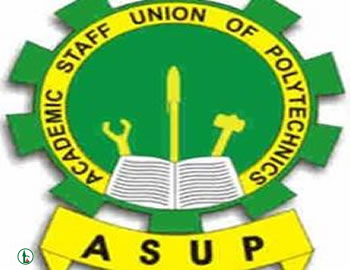 Barring any unforeseen circumstance, the Academic Staff Union of Polytechnics (ASUP) will on Wednesday, May 11, 2022, embark on a nationwide strike action in protest against the non-implementation of the Memorandum of Action reached with the Federal Government in May 2021

The Zonal Coordinator of Zone D which comprises of South-South and South-East, Mr Precious Nwakodo, hinted about the nationwide strike action at a press briefing held in Auchi Polytechnic, Auchi, Edo State, on Monday.

Nwakodo said the planned strike was hinged on the yet to be met demands among which are the non-release of the N15 billion Revitalisation Fund approved over a year for the sector to address infrastructural deficit as contained in the 2014 Needs Assessment Report.

“Following the discouraging response of the government to the one month notice of ultimatum which ended five days ago, May 4 the NEC of the union will be meeting in two days’ time in Abuja to review the situation and take a decision on the planned strike,” Nwakodo said.
Nwakodo who explained that the Federal and state governments had failed to commence payment of 10 months arrears of the new minimum wage after three years of signing the bill into law, stressed that many states of the federation were yet to implement the new minimum wage in the various institutions.

He decried the manner in which the management of the Polytechnics and Ministry of Education had continued to take actions that were clearly in contrast with the provisions of the law.

He called on Federal and state governments to act to the yearnings of the academic staff to avoid a strike in the interest of the students and parents, just as he appealed to members of the chapter to support the decision of the national body on the planned strike, adding that the planned strike was a collective decision and for the best interest of members and the polytechnic sector.

Earlier, the Chairman of ASUP, Auchi Polytechnic Chapter, Mr Lawani Jimoh, at the congress assured that the Auchi chapter would comply with the strike.

“For us at Auchi Polytechnic, our members are committed to the strike as long as the directive is from the national body,’’ Jimoh said.

ASUP to embark on nationwide strike May 11

Video Of The Week

No one has commented yet. Be the first!
Search For Contents