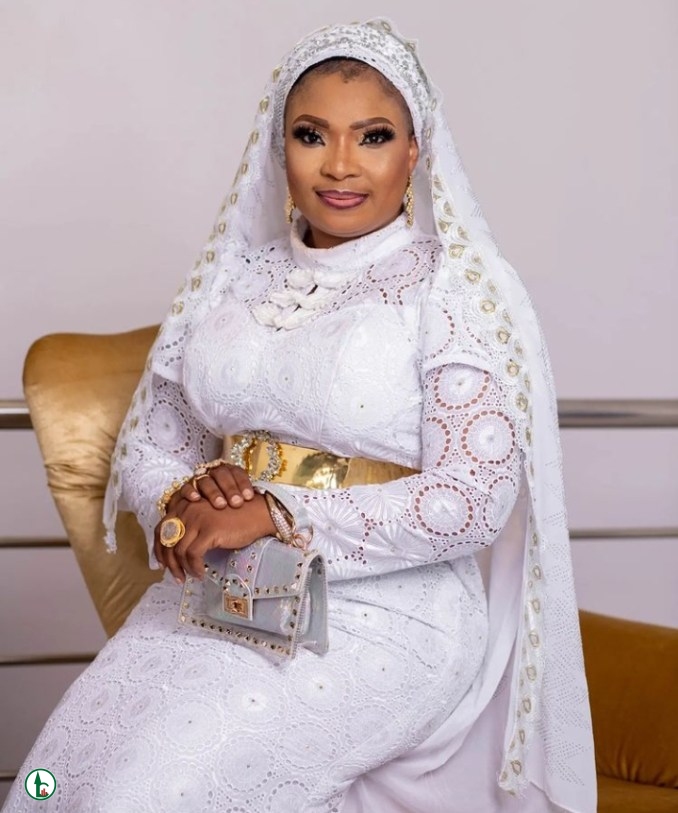 Controversial Nollywood actress, Laide Bakare has revealed the type of business her 13-year-old daughter engages in, which afforded her the opportunity to buy her 9 year old brother a Benz.

News recalls that Laide Bakare made headlines when she claimed that her 13-year-old daughter, Simi gifted her 9-year-old brother a car on his birthday.

The actress’s son clocked 9 on Tuesday, May 31st and his elder sister went all out for him.

The highlight of it all was when the young lad was presented with a Benz which was a gift from his sister.

Laide Bakare shared the good news on her Instagram page with the caption, “Money truly stops nonsense my forthcoming book launch is gonna surely impact your life positively (how to make billions in 6 months) can’t wait to share with u. Simi is just 13, she just gifted her brother A Benz”.

Proving that her daughter can afford such luxury whip, Laide Bakare revealed her multi-millionaire business.

Laide Bakare stated that her daughter is the Boss of Slimline Properties.

She wrote, “I am the one and only Olaide Bakare CEO Slimline Properties and my 13yr old Similoluwa Olatokunbo is my boss. Come to my DM let talk about money-making ventures. And I’m sure your life is gonna change for good. I love you. Jummah Mubarak my lovers”.