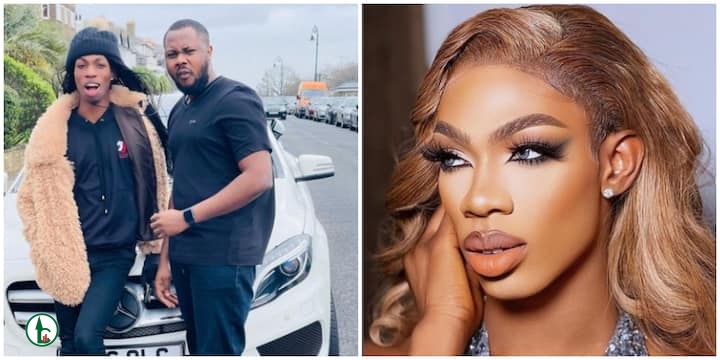 Alaka recently took to his official Instagram page with a statement announcing the end of their working relationship.

According to the manager, both parties have worked together for over a year and have built “formidable relationships and partnerships with top brands and stakeholders in and outside Nigeria.”

Alaka, however, added that he and Brown have come to a mutual decision to part ways and move on to the next stage of their individual careers.

The manager mentioned that he is proud of their achievements together as he wished the crossdresser well in future.

Read the full statement below:

A visit to the crossdresser’s Instagram page shows that he equally posted the same statement.

“I like the fact that the contract ended positively .”

“James has prolly grown bigger than their management.”

” and it wasn’t on toxic grounds we love to see it.”

“It hasn’t been easy with shim.”