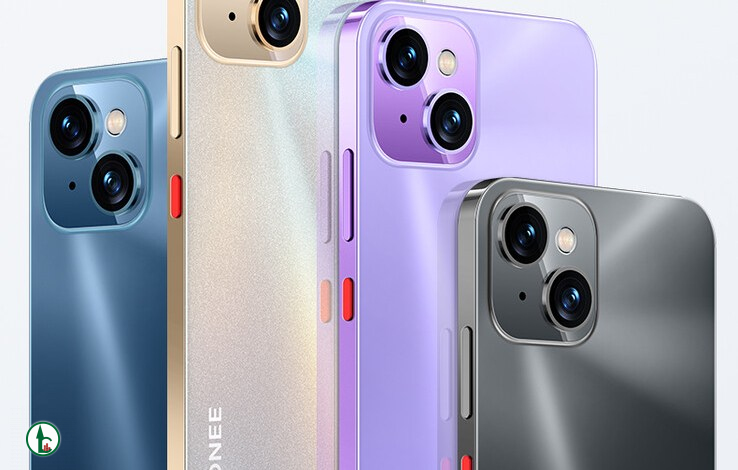 An evanesced mobile manufacturer, Gionee is making a sophisticated return to the tech industry with its new flagship model Gionee G13 Pro in the land of “Red Dragon” China. Unlike any other brands, Gionee phones are critically acclaimed for their design work, despite the long-awaited return, the company seems to have the same creed that it had been in the previous years.

Gionee G13 Pro specifications and price:
The new Gionee 13 Pro is equipped with a Tiger Ben T310 Soc chipset. The most enthralling thing is the phone running on “HarmonyOS,” which have been seen in Huawei flagship models, with a multi-kernel design, the operating system chases apt kernels from the abstraction layer for devices with diverse resources. This helps the device to perform smoothly even in an unbalanced situation. In addition, the Gionee 13 Pro could come with HMS mobile services, including Huawei accounts and Huawei software. Despite the resemblance of the iPhone 13, Gionee G13 concealed the necessary elements with an affordable price to users is the main thing to appreciate the firm.

When it comes to displaying, the phone features 6.26 inches HD+ notch screen. Coming to camera features, the device has a dual rear camera which is 13 Megapixel primary lens paired with 2 Megapixel macro lens. In terms of battery capacity, the phone has packed with a 3500 mAh battery under the hood with fast charging support. The phone is available in four color variants: Black, Blue, Silver, Purple.

Further, the price of the Gionee G13 Pro is 529 yuan (Rs.6,237) for 4GB RAM with 32GB internal storage and 699 yuan (Rs.8,241) for 4 GB RAM coupled with 128 GB Internal storage. On the pricing front, it is certainly a great device to buy. However, Gionee is a brand that offers satisfactory specifications with a bargain-basement concept.