Whitemoney announced the news by posting a picture with the caption “We Are Now In Good Hands” as he was seen signing a record label deal with Banky W.

It should be noted that EME is the record lable that discovered great musical acts like Wizkid and Skales and the two acts have gone ahead to make significant contribution to the Nigeria music industry and beyond.

Announcing part of the deal, Whitemoney also made the announcement that he will be releasing two singles very soon. 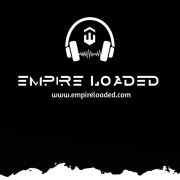 “No More Pack And Go” – KWAM 1 Assures His Wife, Emmanuella, Makes Up His Mind Not To Marry Another Woman

‘Take Your Dad, Mum & Siblings To The Studio & Play Your Songs For Them To Listen’ – Social Media User Loses Her Cool On Naira Marley After He Made This Statement