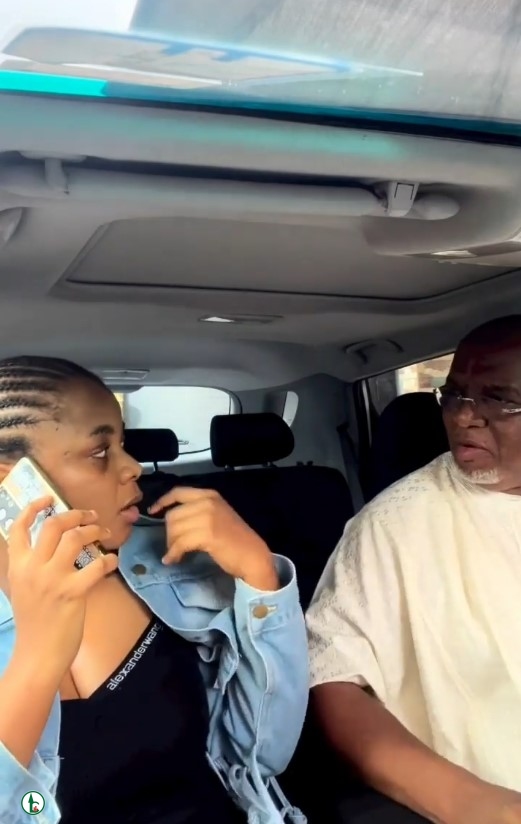 Controversial Nigerian drag queen, James Brown sent out a congratulatory message to Bobrisky on the occasion of his housewarming.

It’s no news that both drag queens have always been at loggerheads for a while and even dragged each other publicly only weeks ago.

But after Bobrisky took to the gram to share a photo of his new house and a video from his housewarming party, James took to Instagram to celebrate him.

James went on to add in his caption that the Bible says to “celebrate your enemy“. 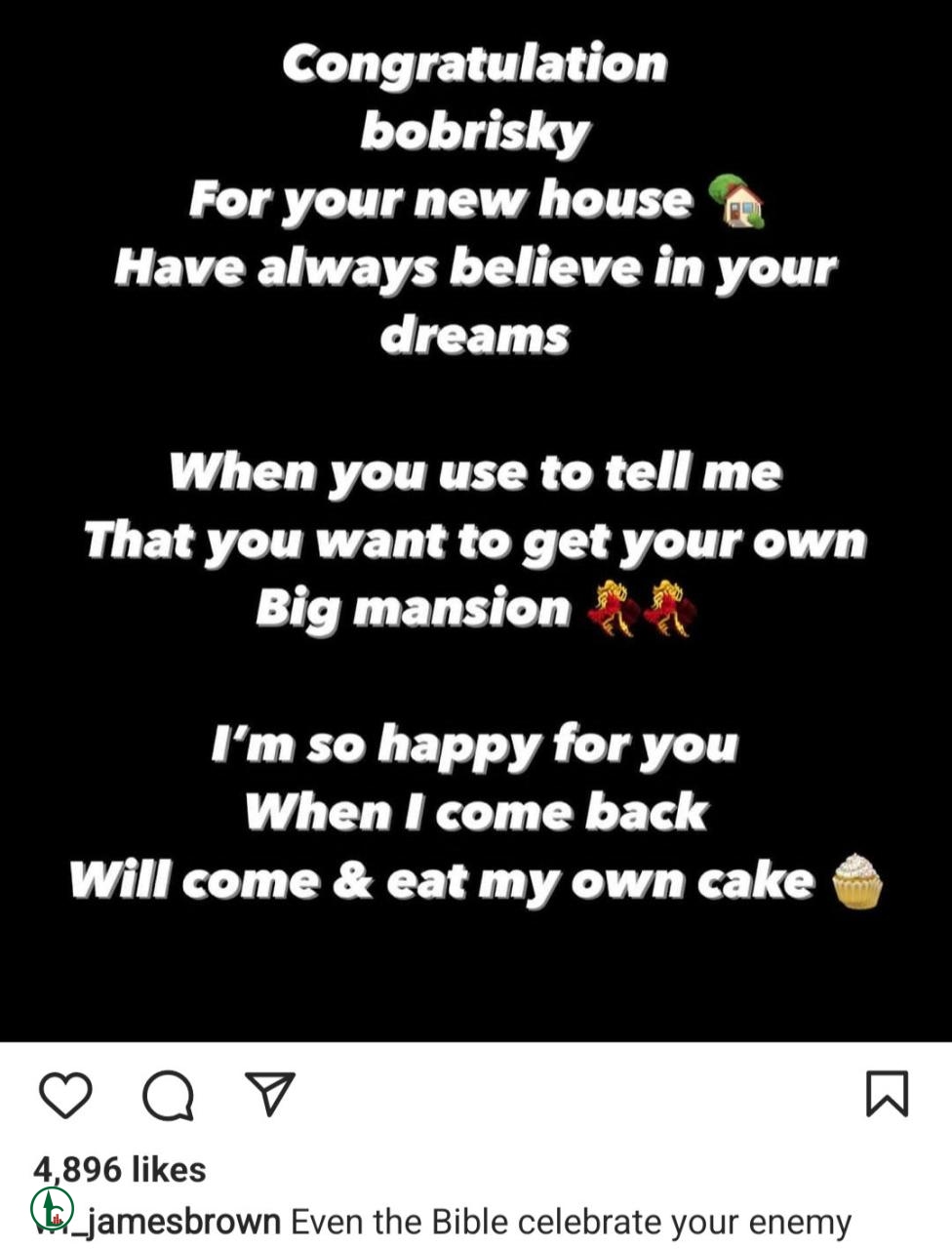 After Bobrisky took to his social media page to triumphantly show off his Lekki Mansion that reportedly cost a whopping sum of Four Hundred Million Naira. Fans trooped to the comment section to celebrate with the cross-dresser but that did not also stop some fans from ‘catching cruise’ or trying to ask him if the house is really his own.

Sharing the photo of the luxury house, Bobrisky wrote;

I bought myself a smart home.

Here’s what some fans wrote,

poshest_hope wrote – Wahala for who no get smart home o

Thank God I have a smart phone. Na small small