JAMB Cut off Mark for 2022 academic session has been the discussion of the moment among Jamb candidates. Today we are going to reveal the Joint Admission and Matriculation Board (JAMB) 2022 UTME Cut off Marks for all universities, Polytechnics, Colleges of Education, as well as Monotechnics.

Before putting up this article there were some questions my nephew who just sat for the 2022 JAMB asked me and I’m ready to share them here with you. Some of the questions include:

Has JAMB cut off Marks for 2022 been released? Yes is the answer, JAMB has released their 2022 JAMB Cut Off Mark.

Will I be given admission into Any University I desire with this proposed JAMB Cut off Mark? The answer is ‘No’. This is because the Cut Off mark is a score that you simply can’t go below (i.e the minimum score) and besides, Universities, Polytechnics, and other institutions have been given the chance by JAMB to increase their own cut-off Mark aside what JAMB has already fixed.

JAMB has finally released the 2022 cut-off points into various institutions which include Universities, Polytechnics, colleges of education as well as Monotechnics.

Note: As we mentioned before, these institutions listed above are at liberty to increase their own cut off mark for admission above the cut-off marks suggested by JAMB.

According to Prof. Is-haq Oloyede, JAMB Registrar: ‘ Institutions are not going below the minimum cut-off mark, and JAMB only recommended as we will only determine the minimum, but, whatever institutions determine as their cut-off marks is their decision.

N/B: Universities like UNIBEN, UNILAG, UNN, UI, OAU, and some other competitive institutions have their JAMB cut off mark set at 200.

Below are the following 2022 Jamb UTME cut- off marks for all Nigerian Universities and Polytechnics.

JAMB Cut Off Marks for Universities 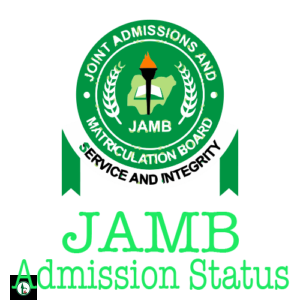 JAMB Cut Off Marks for POLYTECHNICS

Institute of Management and Technology Enugu


About SEUN TCV 3535 Articles
I'm Youngz. A professional web designer, graphics, A small guy behind Topcityvibe. Stay update with our Non Stop update.You can connect with my handle below.