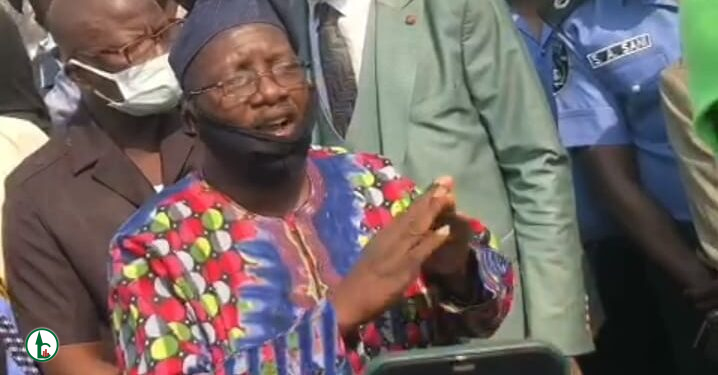 Management of Moshood Abiola Polytechnic, alongside the Ogun state Commissioner of Police, Director of State Secury(DSS) and SWAT bows to student agitations.

It was learnt that,the state security personnel summoned the school Acting rector to address the students of his citadel of learning.

The rector on the other hand, made it known to the student today that, the miscellaneous fee has been suspended and the management are currently looking at the issue of 60-40 ratio school fees payment previously enforced on new students which is one of the demands of the students.

According to the Students’ Union President, Comrade Babatunde Ganiyu Adeola (BABS) he said “The rector called some of the student leaders including NANS chairman, NAOSS(National Association Of Ogun State Students), and other students’ leaders where he explained everything in details to them.

Moreso, the students made him realized that they are not against him and they appreciate him because he is a father to all and they won’t allow any physical attack on him and he should be transparent and free to them“.

Finally, the rector also requested for a round table meeting so that they can all have a discussion on the issue whenever they are free. The meeting which will be held with the NANs chairperson and other student leaders of the institution.


About SEUN TCV 3346 Articles
I'm Youngz. A professional web designer, graphics, A small guy behind Topcityvibe. Stay update with our Non Stop update.You can connect with my handle below.