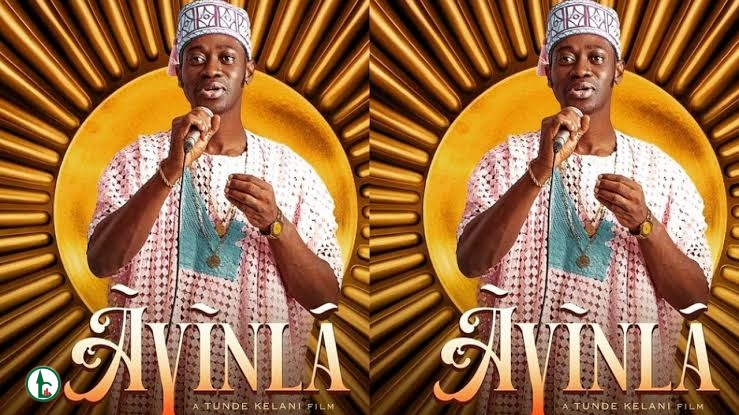 Popular Nollywood actor Lateef Adedimeji has bags an international award in the US, Over Role in ‘Ayinla.’

Adetola Abdullateef Adedimeji is a Nigerian actor and filmmaker. He gained popularity with his first major role in Yewande Adekoya’s 2013 movie titled Kudi Klepto, and has acted in over 100 Nigerian movies since he began acting 15 years ago. He is currently a brand ambassador for Airtel and Numatville Megacity.

The actor, who bagged an award alongside top stars Etinosa Idemudia and Ramsey Nouah explained that, he won best actor from Africa for his role in Tunde Kelani’s hit movie ‘Ayinla’.

Some of the Lateef’s colleagues in the movie industry as well as fans and followers have congratulated him on his comment section.

Lateef has added a feather to his cap after he bagged an international award alongside top Nigerian movie stars Etinosa Idemudia and Ramsey Nouah.

Lateef, who shared photos from the event which took place in the US revealed he bagged the best African male actor award for his lead role in Tunde Kelan’s movie, Ayinla at the recently held Hollywood and African Prestigious Awards (HAPA) award.

One of the photos from the event showed the moment the actor bowed to greet veteran actor Ramsey Noauh.

“Best Actor in a film! AYINLA! Thank you! I was honored last night ta a private dinner with the Founder & CEO/Executive Producer, Hollywood and African Prestigious Awards, Ms Tina Weisinger with my boss @ramseynouah and beautiful @etinosaofficial in the filming industry as the Best Africa Male Actor from United States of America. Thank you @hapawards, thank you babami @tkelani, thank you my ever gallant @jadeosiberu”.