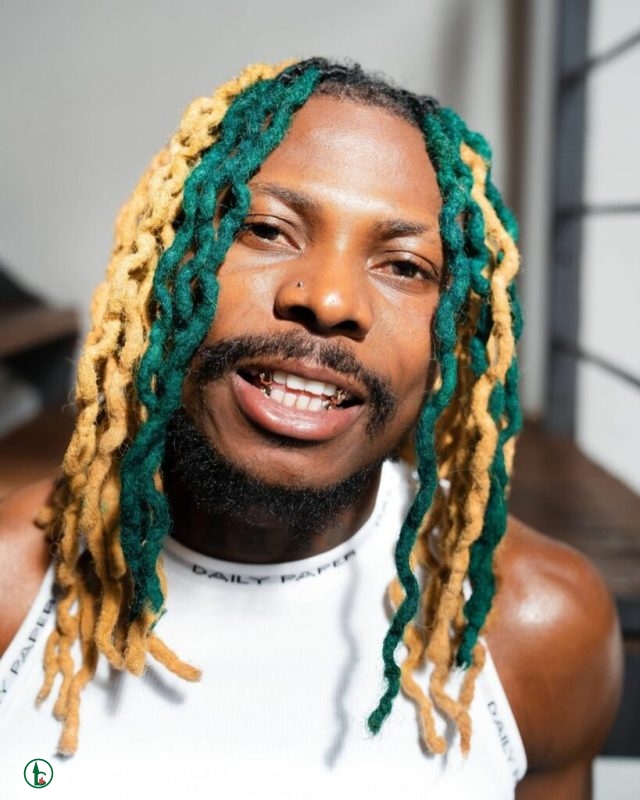 Some Nigerians on social media were amazed after discovering fast-rising singer, Ahmed Ololade Asake better known as Asake, was once a backup singer for popular actor and singer, Broda Shaggi.

This was uncovered after an old video of the Sungba hitmaker was shared online and the video has gotten people talking online.

In the video, Asake who is currently making waves in the Nigerian music scene after releasing hit tracks “Sungba”, “Palazzo” and “Peace Be Unto You”, is seen performing as a backup singer for Broda Shaggi during a live performance.

The singer who wore a black shirt and green head warmer, was seen singing an Afro-fusion song beautifully.

However, it’s not clear when the video was filmed but it’s presumed to be before Asake came to lime light.

Watch the video below,

The video has garnered massive reactions on social media who assert that it’s a source of motivation for them to keep following their dreams and honing their craft because it would eventually pay off.

See how some people reacted,

@SamuelJoseph wrote: “I will never give up on my dreams. This is a true motivation.”

@Deba Stan wrote, “Hmm, I am amazed. This is unbelievable. Let’s keep hustling and we shall win.”

Below is the full video: