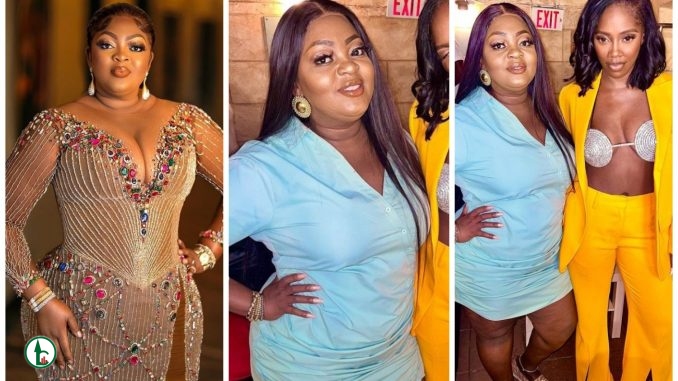 Nollywood actress Eniola Badmus is killing two birds with one stone as indicated by her moves in recent times. The movie star who has been in Toronto for some time is living her best life and at the same time showing support for some of her music star friends.

The Omo Ghetto movie star showed up at Tiwa’s show which is part of her ongoing Water and Garri tour in the US.

See also  “Davido’s 2021 Rolls Royce came with no nylon, but you all buy upgraded cars with bread nylon all over” – Actress, Nkechi Blessing Sunday

Taking to her Instagram page with photos of her and the singer, Badmus wrote:

“Was nice seeing my homie do her thing last nite in Toronto…..congratulations gurl.”