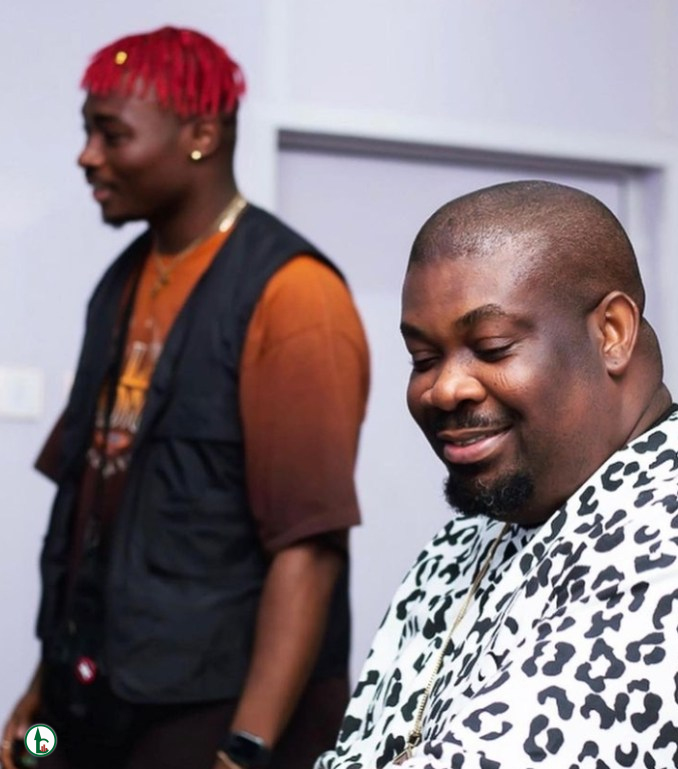 Award winning Nigerian music executive, Michael Collins Ajere better known as Don Jazzy is quite over the moon as his newly released song, Overdose with his musical acts, Mavins tops the chart.

The talented singer made the request after falling in love with the song, which featured all of Marvin record’s top talents and vocalists, including Label head Don Jazzy, afrobeat star Rema, Ayra Starr, Magixx, Boy Spyce, and “So fine” crooner Charles Chibueze Chukwu aka Crayon.

Intoxicated by the song, Wizkid said to Don Jazzy, “my jam…if I marry play this song”.

Hours after his post, the song took the top spot and Don Jazzy who couldn’t hide his excitement appreciated him for the massive influence.

Wizkid’s fans took to social media to hail their King.

Big Dave, “Wizkid d Big Wiz. He his meant to make Big things happen thanks to him, he made the young Mavins artiste feel the NO1 spot

Alabi, “Wizkid made one comment about Mavins Overdose song and it’s already trending number 1 on Twitter and Apple Music Top 100. Influence no pass this

Darmson, “This moment changed everything. Big Wiz the mist influential artist in Africa

Wealth, “That’s so thoughtful of you, not everyone will accept this fact… Wizkid co-signed the sing only yesterday and boom the song picked at number 1… Wizkid is the most influential artiste for a reason”.

It was recalls Mavins, teamed up with its musicians, Crayon, Ayra Starr, LADIPOE, Magixx, and Boy Spyce to present the smash song ” Overdose “, which became an instant hit song and the favorite of many.

Mavin last released an all-star single in 2019, with ‘All Is In Order,’ which included Don Jazzy, Rema, Korede Bello, DNA, and Crayon. Don Jazzy decided to bless music fans with an Overdose song to commemorate Mavin @wpps-support”.