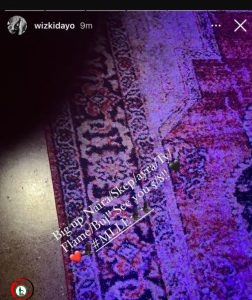 Ayodeji Balogun professionally known as Wizkid has announced the release date of his album.

Wizkid disclosed this on his social media page where he announced that his album, More Love Less Ego will be released August 5th of 2022

This album is a follow up to his last successful album tagged Made in Lagos.

All fingers crossed as we anticipate his next album.