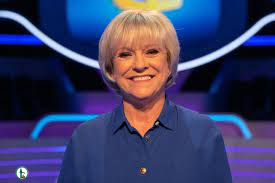 Former motoring editor of the Observer and one of the original hosts of BBC’s Top Gear, Sue Baker, passed away at the age of 67. Baker, who joined the TV show’s initial format in 1980, passed away on Monday morning after battling motor neuron disease (MND).

Up to 1991, she made appearances on more than 100 episodes of the car show. She departed after that to carry on with her career as a motoring journalist.

Sue Baker is a renowned independent automotive journalist, editor, and broadcaster with more than 30 years of expertise covering autotests and the introduction of new products. She spent 11 years as a presenter on the well-known television auto program Top Gear, and she previously served as the driving editor of The Observer. All media types, including newspapers, magazines, television, radio, and online, have been covered by her work.

Since she was a young child, Sue has been passionate about cars. Early in her career, she spent a very happy year running a motor racing news service. Sue is currently vice president and former chairman of the UK-based Guild of Motoring Writers. She has driven everything from an 1899 Benz on the London to Brighton to a national-level rally vehicle, and she has participated in track races.

Sue debuted on the program in series 4 in 1980 and played a crucial role for 11 seasons until making way for Jeremy Clarkson. She was regarded as a pioneer for female drivers.

Sue established and managed the Motor Racing News Service while also serving as the Observer’s motoring editor beginning in 1982. She ultimately quit her job in 1995.

Sue married former police officer and landscape gardener Lance Tankard in 1988. They first met in Portugal, where Lance was on vacation and Sue was working as a tennis coach.

The two accidentally ran into each other while out for dinner after they arrived back in England, and their romance quickly developed.

Since getting married in 1988, Sue and Lance have been a happy couple living together.

She was the mom to her children Ian and Hannahand a garnu to her adorable grandchildren; Tom and George.