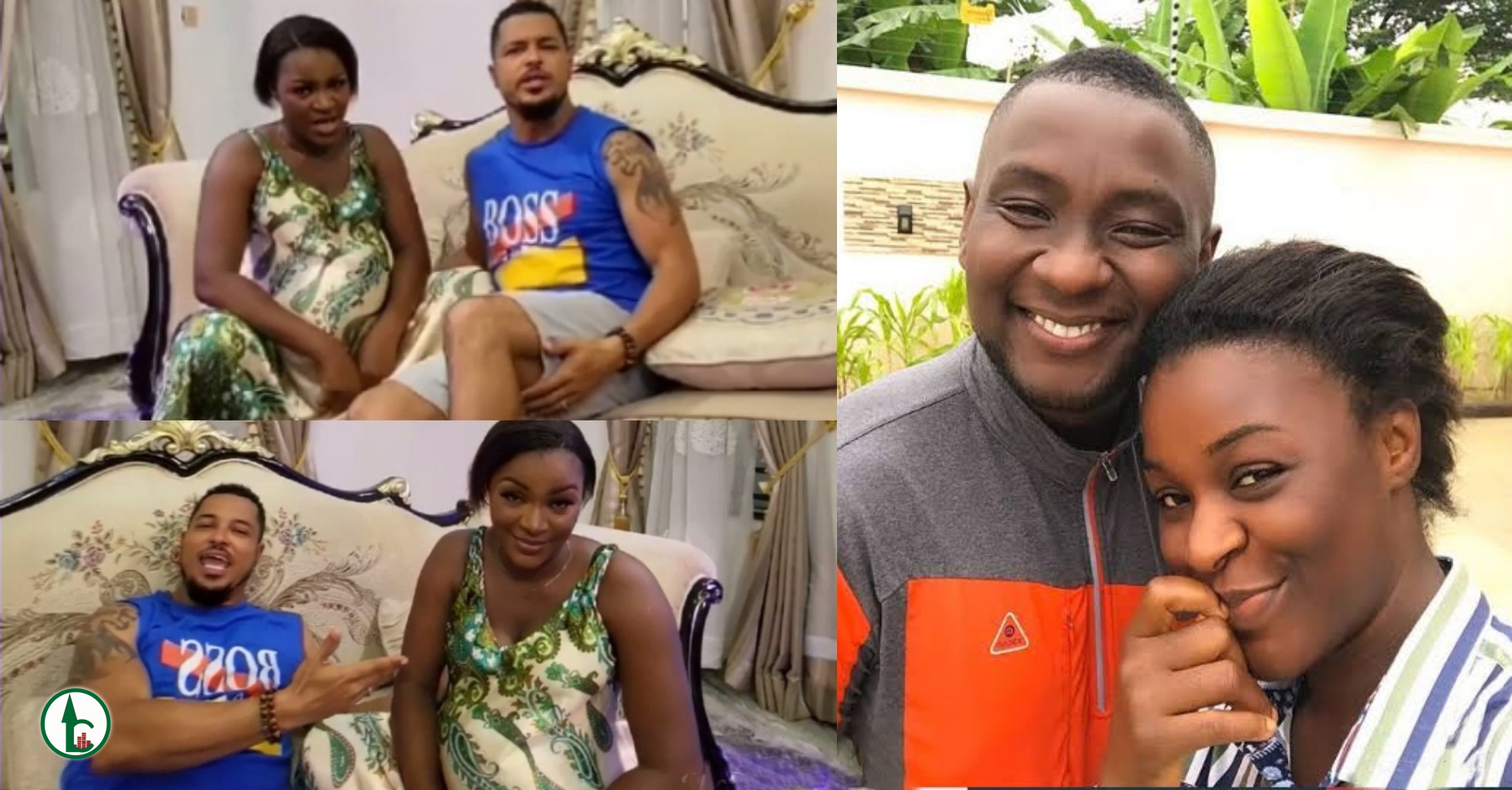 Nigerian Actress ChaCha Eke and Ghanaian Actor Van Vicker got their fans anticipating a new blockbuster after their video from a movie set emerged on social media.

The Movie stars hinted that they are working on set of an upcoming movie, titled “Seven daughters”, as ChaCha shared the video on her instagram page.

Chacha and Van played the role of a couple in the movie and she appeared pregnant for him.

The 44-year-old Actor used the opportunity to create a humourous scene, where he called out Chacha Eke’s husband, Austin Faani, and introduced her as his wife whom he got pregnant.

However, Chacha Eke emphatically stated that Van Vicker’s claims were only valid in the movie they were working on. 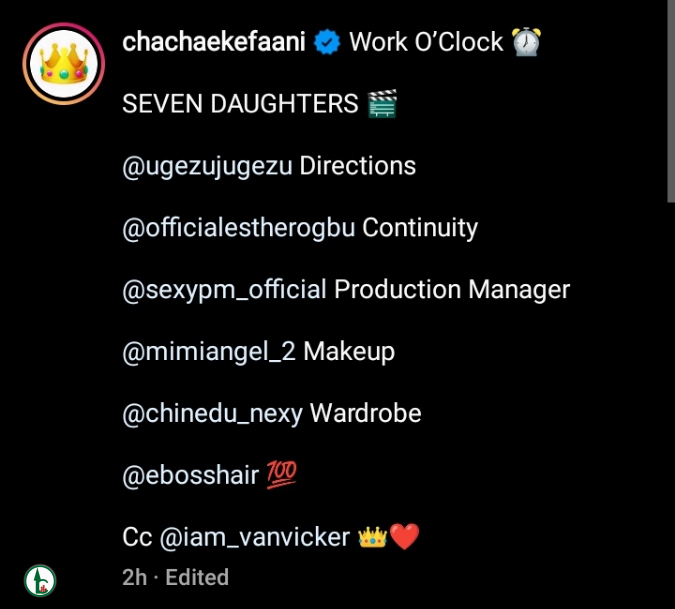 In response to the video, Chacha Eke’s husband, Austin Faani, seemed undisturbed, as he joined in the humour and assured Van Vicker that he was doing absolutely fine.