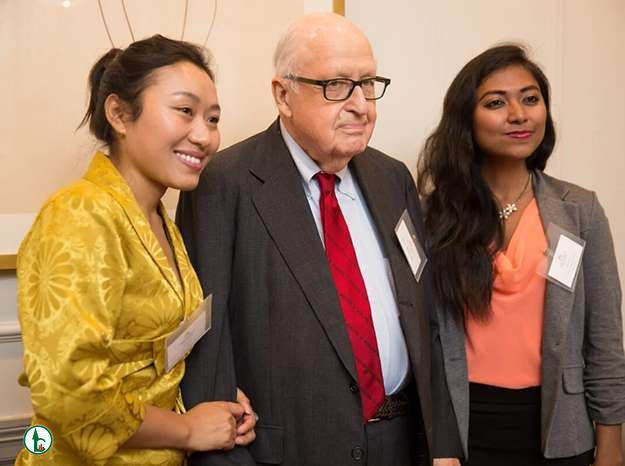 Leading economist and creative administrator Henry Rosovsky, who twice held the positions of dean of the Faculty of Arts and Sciences and acting president of the university, passed away on November 11 at his Cambridge, Massachusetts, home. He was 95.

American economist and academic administrator Henry Rosovsky was the dean of Harvard University’s faculty of arts and sciences. After a career as an East Asian economic historian, Rosovsky was appointed dean by Harvard President Derek Bok in 1973. He held office from 1973 to 1984 and once more from 1990 to 1991.

Henry Rosovsky was married to the author and retired former curator of the Harvard Semitic Museum, Nitza Rosovsky. The couple together has 3 children.

Henry Rosovsky was married to the author and retired former curator of the Harvard Semitic Museum, Nitza Rosovsky. The couple together has 3 children.

Henry Rosovsky was 95 years old. Rosovsky, who was born in the Free City of Danzig in 1927, emigrated to the United States with his family in 1940 in order to flee the Nazis, who had taken over Poland the year before.

They had a difficult journey that began in Belgium and continued through France, Spain, and Portugal before arriving in Hoboken, New Jersey, and New York. As a member of the U.S. Army’s Counterintelligence Corps, Rosovsky would travel back to Europe in 1945 to witness the Nuremberg Trials.

Using the G.I. Bill, he finished his undergraduate studies at the College of William and Mary in 1949 before rejoining the military to fight in the Korean War. His feet froze during the Yalu retreat as a result of that deployment, and he was given a Purple Heart.