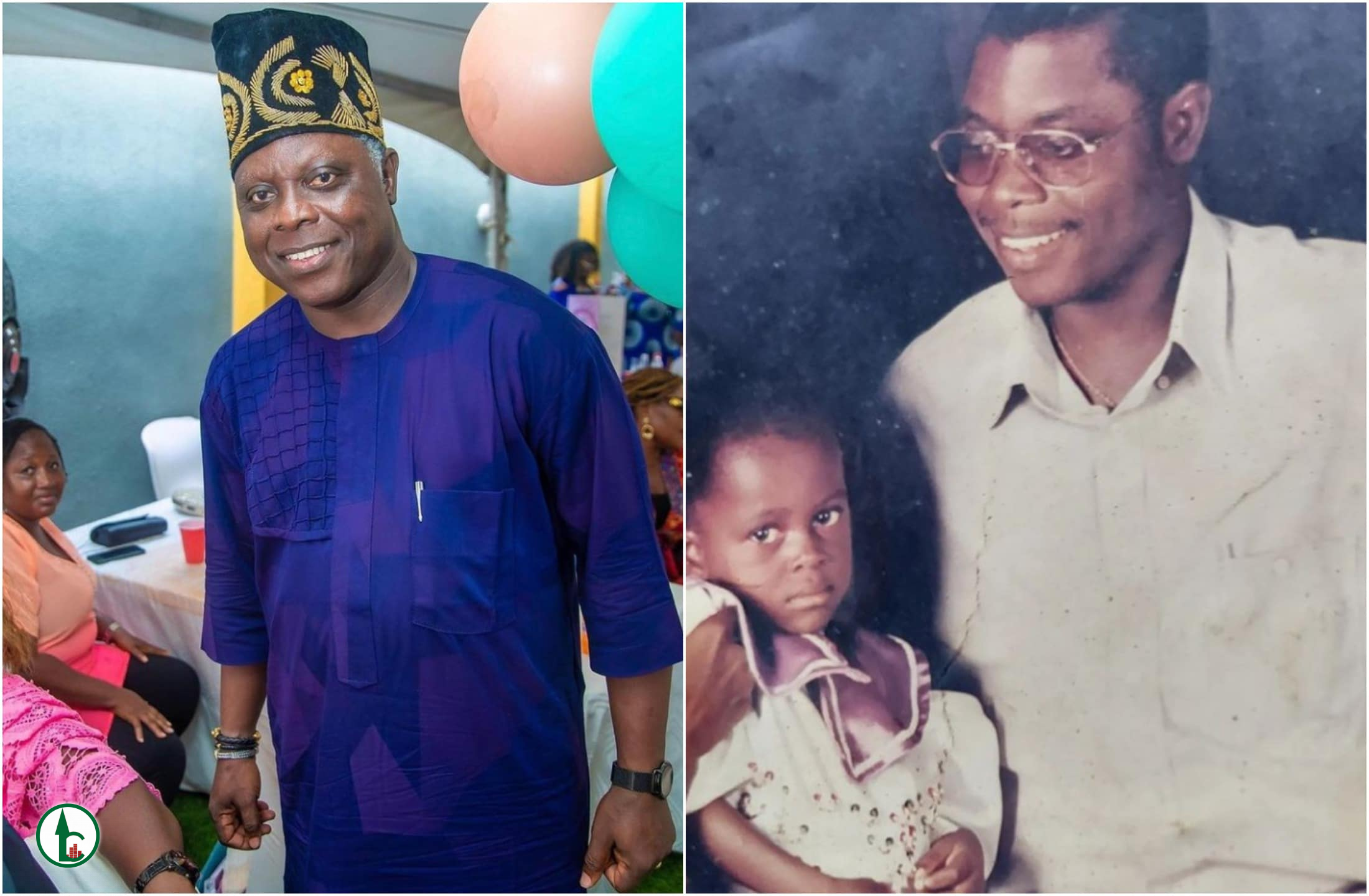 Nollywood actor, Dele Odule has shared an epic throwback photo of him in his youths.

The veteran shared the photo to condemn the modernized ways of parenting in this new generation.

According to him, those were the times parenting was how it should be, unlike now where babies are parenting babies.

“This was the period when parenting was how it should be, not today that babies are parenting babies. Both in that picture are proud grandfather and proud mother respectfully”.

Idowu Phillips better known as Iya Rainbow and Dele Odule had sparked relationship rumours after a video of them all loved up surfaced online.

The actors who have been linked to be dating several times were seen in a sweet video feeding themselves fruits as they enjoyed a playful time.

Though the video is just a scene from soul and gospel singer, Shola Allyson music video, ‘Ifewa Adale’, their chemistry was so strong that many couldn’t help but raise eyebrows.

The aged actors played the role of an older version of actor, Lateef Adedimeji and his wife, Bimpe Oyebade.

Video Of The Week

No one has commented yet. Be the first!
Search For Contents