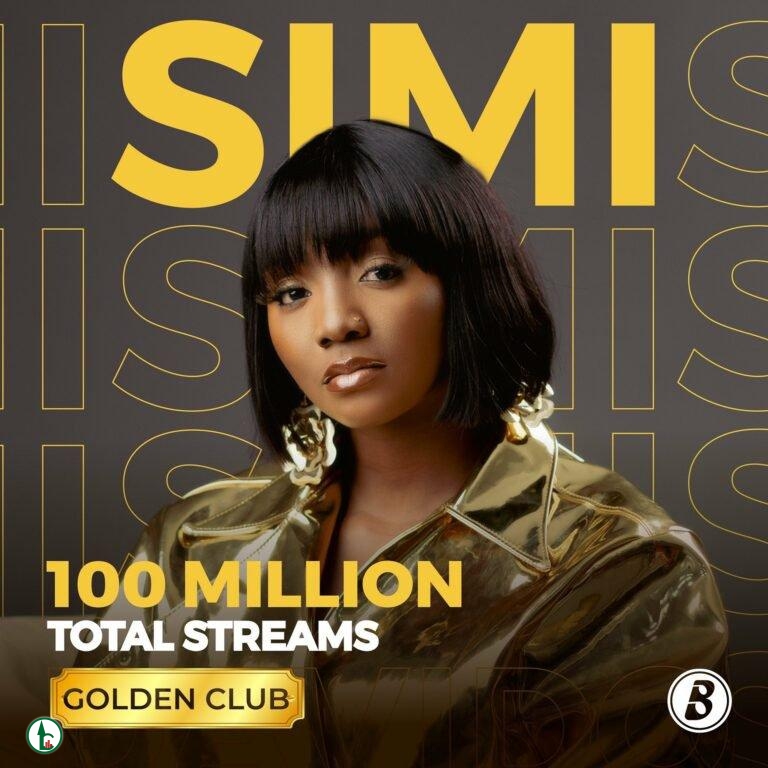 Singer and songwriter, Simi has added another feather to her cap by achieving a great feat which no other Nigerian female singer has been able to.

Simi who recently opened up on the guidelines of being a celeb, and inspiration behind her TBH album, was just named the first Nigerian female artiste to hit 100 million streams on the music streaming platform, Boomplay.

This was announced on the Twitter page of the streaming platform read:

“Give it up for the Queen @SympLySimi as she becomes the First Lady to join the #Golden Club for hitting 100 000 000 total streams on Boomplay!.”

“Odogwu you bad, e file fun Burna Boy as he poses with the first-ever duo-golden club plaque for hitting 200,000,000 streams on Boomplay,” the post read.