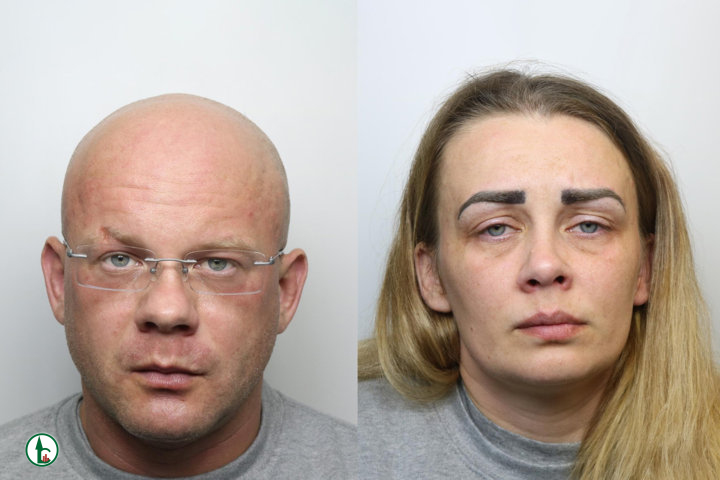 Sebastian Kalinowski was a 15-years-old boy who was tortured to death by the hands of his own mother and her lover.

Sebastian Kalinowski was killed through torture at the hands of his mother and her lover.

Agnieszka Kalinowska and Andrzej Latoszewski received a 39-year prison term for killing a 15-year-old child via torture. Agnieszka Kalinowska, Sebastian Kalinowski’s mother, and her boyfriend, the bodybuilder Andrzej Latoszewski, tortured him to death. Sebastian passed away from sepsis, which was caused by the hundreds of punches, kicks, whippings, and stabbings he had endured over several months.

At Leeds Crown Court in July, Kalinowska and Latoszewski were found guilty of killing Kalinowska’s son at their Huddersfield home after a protracted campaign of physical abuse that amounted to torture. Sebastian was subjected to protracted beatings while screaming and wailing, which were documented on video by cameras Latoszewski installed in their home to keep Sebastian under control. Latoszewski and Kalinowska stabbed Sebastian several times with a needle as well.

Latoszewski, who used steroids, was also shown in the video strutting around the house and checking himself in the mirror in between attacks as Kalinowska sat watching TV. Text messages from Kalinowska asking Latoszewski to return and “knock the ****” out of Sebastian were also presented as evidence in court.

They also spoke about how to torment him without damaging his body. After Kalinowska and Latoszewski delayed two and a half hours to contact an ambulance after discovering the boy unconscious, Sebastian Kalinowski passed away from sepsis on August 13, 2021, which was brought on by 23 rib fractures.

The body of Sebastian had 81 wounds, according to the pathologist. Some of his injuries, according to Dr. Michael Parsons, are often only seen in vehicle accident patients. Although they were not life sentences, the judge, Mrs. Justice Lambert, stated that the duo would be in their late 70s when they were due for parole and that the punishment.

Sebastian Kalinowski was only 15 years old when he died in 2021. He was born around 2006 and we believe he was from Poland as it was revealed he moved to the Uk less than a year ago before his death.

He was the son of Agnieszka Kalinowska.

Sebastian will be fondly remembered and deeply missed,” said Andrew Fell, headteacher of North Huddersfield Trust School (NHTS), in a statement following K his mother, and her partner were found guilty of murder, Sebastian’s headteacher paid tribute to him in a statement. According to the school principal, he exhibited a positive attitude toward school, treated others with respect, and demonstrated a commitment to making the most of his education. He will be remembered for his endearing smile, sharp humor, and friendliness. He was kind, intelligent, and fun-loving.

It was a daily practice for Sebastian’s class teacher to greet him in Polish, to which he would reply with a courteous grin and nod before pronouncing the greeting correctly. Sebastian especially enjoyed arithmetic, where he distinguished himself from his colleagues and was able to leave a lasting impact on his teacher, the author continued.

He was “very motivated to always improve and to demonstrate what he was capable of doing; his quick grasp of new ideas saw him frequently providing assistance to other kids.”