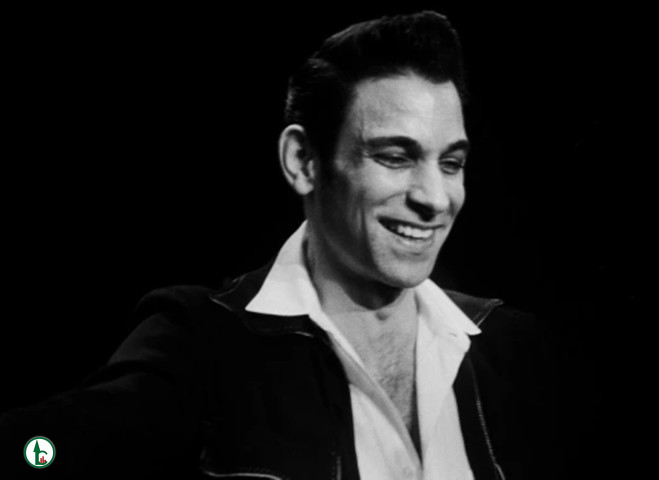 Robert Gordon was an American singer who was well-recognized as a Neo-rockabilly singer.

Robert Gordon, a pioneer of the rockabilly revival and a well-known figure in the punk rock scene in New York City in the 1970s, passed away on Tuesday at the age of 75, his record company confirmed to Variety. Although no specific cause of death was given, his family just started a GoFundMe effort to support him in his fight against acute myeloid leukemia.

“Cleopatra Records would like to offer our deepest condolences to his family and friends. We liked working with Robert and will miss his powerful baritone vocal as well as his focused dedication to his music,” wrote label VP Matt Green.

The label will release Gordon’s farewell album, “Hellafied,” on November 25. It reunites him with British guitarist Chris Spedding once more.

The details of his parents and siblings are unknown.

Robert Gordon Career, What was his Profession?

In Bethesda, Maryland, in the United States, Robert Gordon was raised. He decided to become a rock and roll musician at the age of nine after being tremendously influenced by the Elvis Presley song “Heartbreak Hotel” that was playing on the radio.

Gene Vincent, Jack Scott, Billy Lee Riley, Eddie Cochran, and other well-known rock and roll musicians of the era were among Gordon’s influences. In 1964, when he was 17 years old, he made his recording debut with the Confidentials. The songs “Summertime,” “Money,” and “There is Something on Your Mind,” among others, were recorded by The Confidentials, with Robert (then known as Bob) performing as the lead vocalist.

Gordon relocated to New York City in 1970, and a few years later he became a member of the Tuff Darts, a punk rock group. The Tuff Darts recorded “All for the Love of Rock and Roll,” “Head over Heels,” and “Slash” in 1976 for the compilation CD Live at CBGB’s, which also featured several other New York, City-based bands.

In the same year, Robert had a cameo appearance in Amos Poe’s underground film Unmade Beds, a punk/New Wave homage to Jean-Luc Godard. Deborah Harry, the lead vocalist for Blondie, and Duncan Hannah, a painter, both had cameos in the movie.

In 1982, Gordon co-starred with Willem Dafoe in Kathryn Bigelow’s debut picture, The Loveless, a motorbike drama set in the 1950s that drew inspiration from Marlon Brando’s The Wild One. This was Dafoe’s debut leading role in a feature film. The soundtrack was generally praised by critics while the movie was panned.

The Loveless is today regarded as a cult classic despite its low box office performance. In addition, Gordon made numerous television appearances, including a 1981 skit on the well-known comedy program SCTV, where he appeared with his band and Danny Gatton after being “mistakenly” cast as astronaut Gordon Cooper. In the parody of a space shuttle launch, Rick Moranis played David Brinkley, and Dave Thomas played Walter Cronkite.

The high school he attended or the university he graduated from is under review.

Robert Gordon Net Worth, How much does he earn?

Robert Gordon Girlfriend, What is his relationship?

Gordon had two children and married at the age of 19. The personal life of Gordon is not well known.  Afterward, the couple divorced. His former wife was Marry Lee.

Robert Gordon’s official social handles are nowhere to be found. Seems like he wasn’t very much of an active social media user.

Interesting facts about Robert Gordon’s which should be known