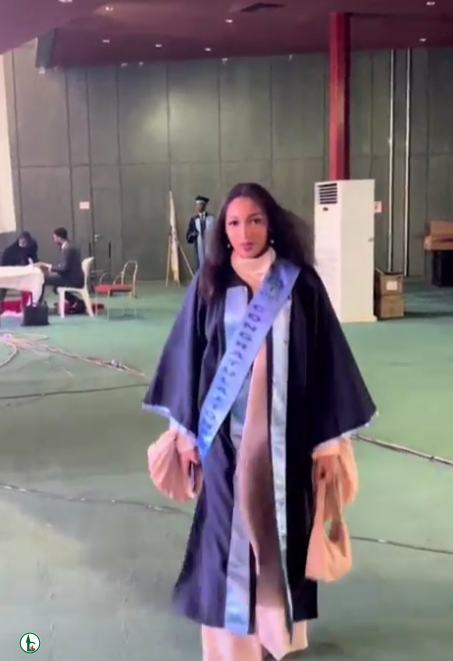 Her mother, Hajia Hadiza Bello, and aunt, Halima Sheriff, were present at the graduation ceremony, which was held in Abuja on Tuesday, June 28.

See adorable photos from the event that were shared online.

In other news, some students from Zamfara state who are currently on scholarship at the Cyprus International University have called out the state government for abandoning them in a foreign country.

A video that found its way to the internet on Tuesday, June 29, shows some of the students – both male and female – sleeping on mats in an open space at night.

One of the students who spoke in the video said they were kicked out of their dormitories by the school management because of unpaid fees and debts.

He said some of them took refuge in a nearby mosque while others left to God-knows-where however, the mosque was shut down recently and now they’ve been forced to sleep on the streets without shelter.

“We have been in so much debt to the extent that the school says they can no longer take it. They have sent us out of the dormitory. For seven days now, we have been living out of our dormitories. Some of us have been living in the mosque while some of us are nowhere to be found.”