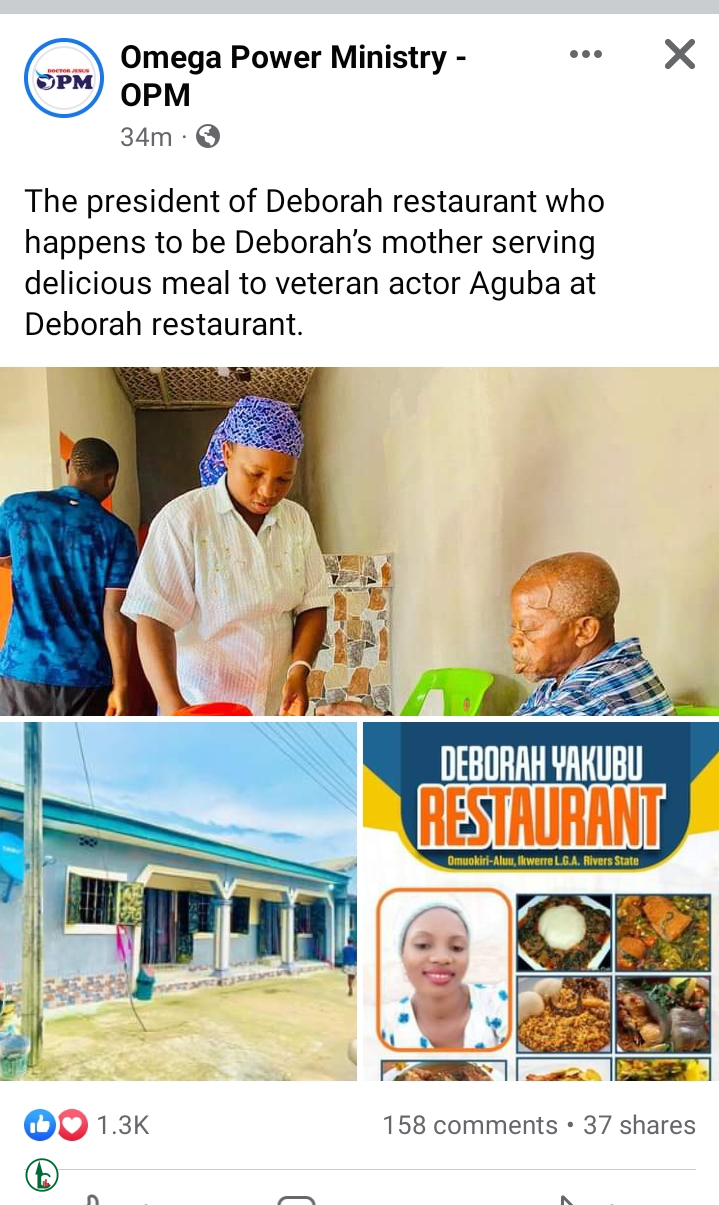 Some photos of rescued Nollywood homeless actor, Kenneth Aguba, being served by the mother of the late Deborah Samuel at her restaurant have surfaced on social media.

Recall that the General Overseer of Omega Power Ministry (OPM), Apostle Chibuzor Chinyere had transformed the homeless veteran’s life, after offering him free accommodation and food.

In the new photos, the actor could be seen enjoying a good meal at the restaurant of late Deborah Yakubu’s parents, whose life were also transformed by the OPM preacher.

Apostle Chibuzor had helped Deborah’s family after the young Christian girl was beaten and burnt to death by her colleagues at the premises of the Shehu Shagari College of Education, Sokoto, where she was a student.

Naija News understands that the OPM preacher offered the actor a free house with feeding expenditure covered. He also promised to help the actor marry any woman of his choice.

Reacting to the statement, Olamma’s via Facebook, declared her love for the actor, promising to take good care of him.