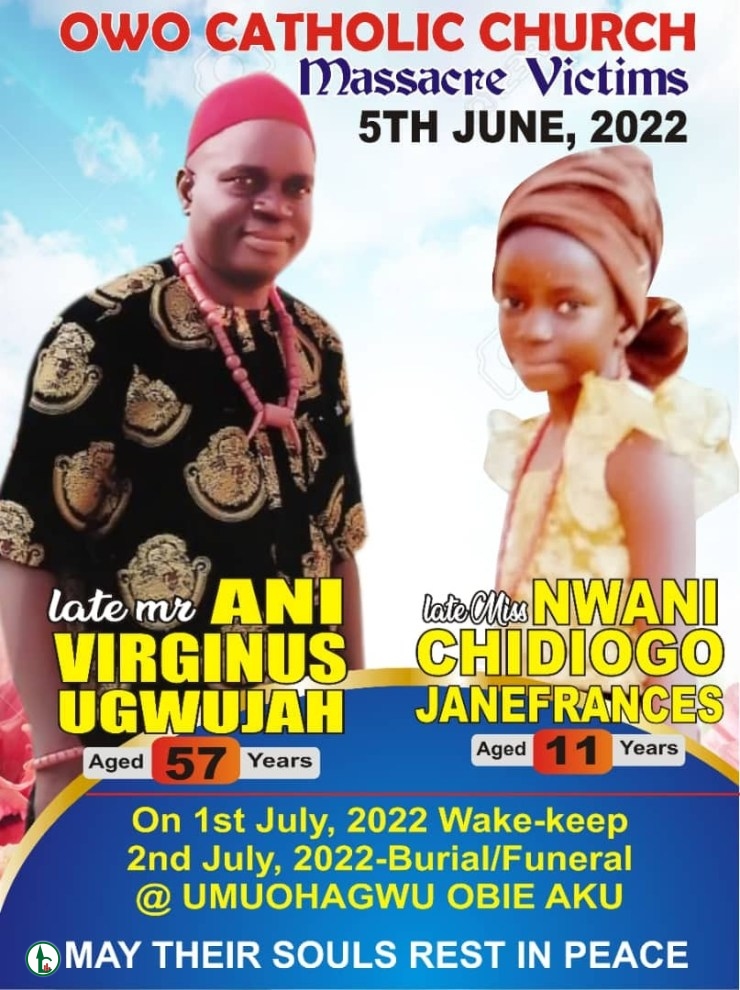 A 57-year-old man, Mr Ani Virginus Ugwuja, who was killed alongside his 11-year-old daughter in the terrorist attack at the Saint Francis Catholic Church in Owo, Ondo state has been laid to rest.

The father and daughter were buried on Saturday, July 2, at their hometown in Muohagwu Obie Aku village in the Igbo-Etiti Local Government Area of Enugu State.

It was learnt that the deceased’s wife and one of his children had attended the early morning service that fateful day in June and returned safely before he, alongside his son and daughter, Chidiogo, joined the next service during which the terrorists struck.

Viral reports claim that Ugwuja’s son survived by falling on his father’s body, feigning to have also been shot. 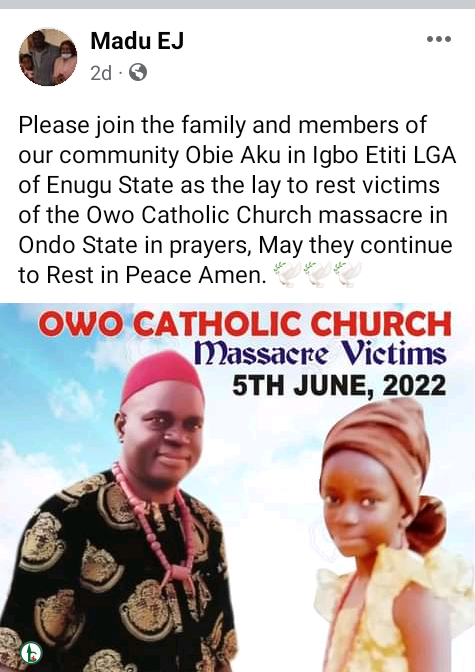 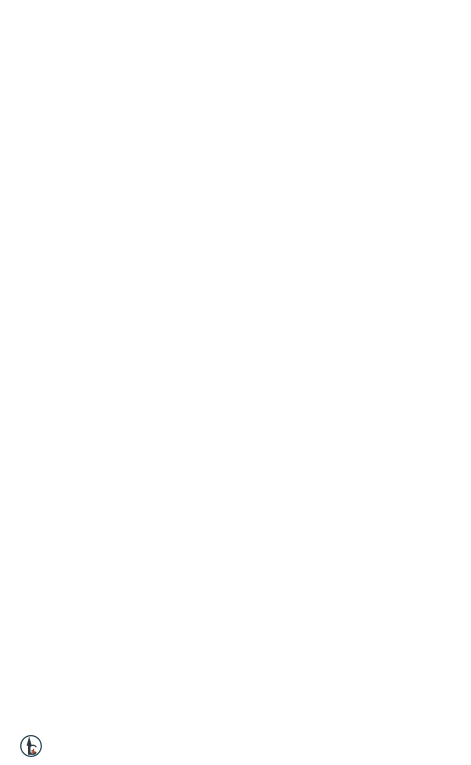 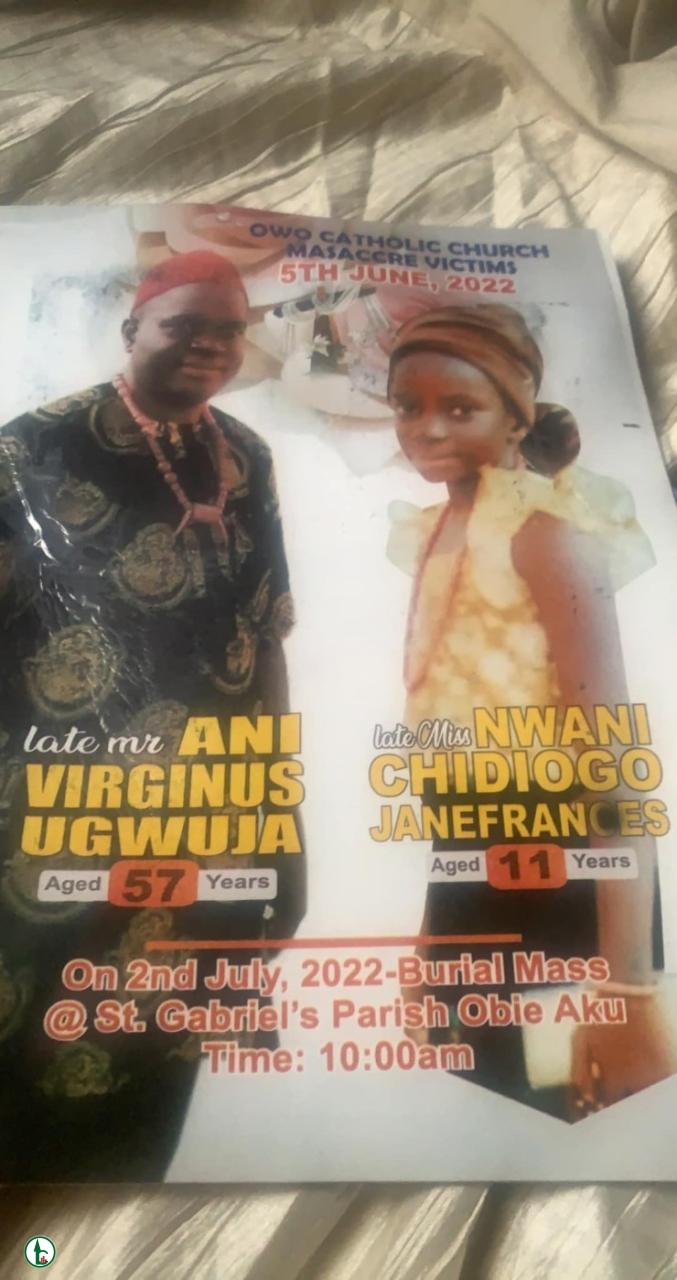 On Sunday, June 5, gunmen attacked worshippers during mass, killing at least 38 people, and about 80 others sustained varying degrees of injuries during the attack.

A funeral mass was held in honor of those slain in the attack on Friday, June 17.

However, twenty-one coffins were brought to the church for the funeral service, as a few of them had already been buried because the relatives couldn’t wait.

In other news, Bishop David Oyedepo, the Head Pastor of the Living Faith Church, has declared that the attackers of the St. Francis Church in Owo, Ondo State, will face consequences for their crimes.

Reacting to the tragic incident during a sermon at the church’s headquarters, Ota in Ogun State on Wednesday, the clergyman expressed outrage at the level of insecurity ravaging the country.

He pronounced immediate judgment on the killers, declaring that they would perish alongside their sponsors.