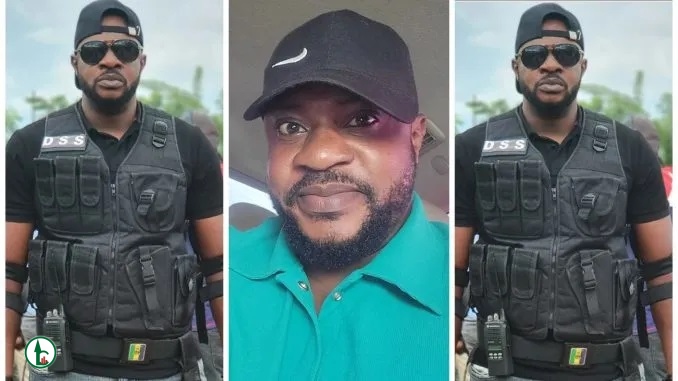 One of the Talented Nollywood actors, Odunlade Adekola has stirred lots of reactions from his numerous fans as he took to his Instagram page to share new picture on movie set as a Police Officer, asking his fans their candid opinions in one word to answer the question, if he becomes a police officer for real?. Odunlade Adekola is a fantastic Nollywood actor, who has carved a niche for himself in the industry due to his talents and unique way of acting. He is a film maker, movie producer, director, writer, singer, father, husband, brand ambassador, and brand influencer with about 5,500,000 Instagram followers. He was born and raised in Abeokuta, Ogun State, but actually originates from Otun-Ekiti, Ekiti State, Nigeria.

He has been very active in his acting career over a decade, who is well known for his brilliant delivery of roles. He has featured, scripted, produced, and directed several Nigerian movies over the years. Adekola has won several awards and nominations to his name due to his outstanding performance in line of his career. He is a fashionista. He is creative, gifted, skilful, versatile, and rated one of the most sought after actors in the industry. He is a brand ambassador to many companies in Nigeria. He is married to his beautiful wife, Ruth and blessed with lovely children.

Checkout some people’s comments below.