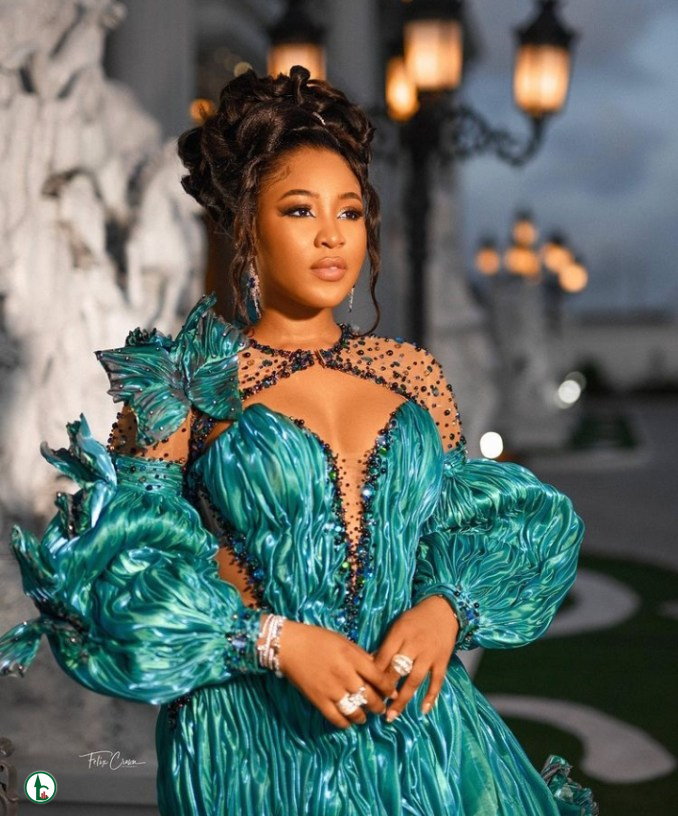 Big Brother Naija lockdown housemate, Erica Nlewedim has been alleged to have rocked a $794,000 dress to the AMVCA.

The reality star was one of the best dressed at the just concluded Africa Magic Viewers Choice Awards, where she rocked a green butterfly dress to the event.

The dress was designed by an international designer from Poland, who designed the wedding dress in the American movie, 365 days.

“It’s was just confirmed from a reliable source that awa original butterfly dress was actually $794,000 not $500,000 that I was told. Erica Nlewedim, the queen of the sky and the ground”.

As always mixed reactions trailed the news as many were in disbelief over the dress’s worth.

amaraa_chy : I love Erica but which kind lie be this Abeg

gisele_003 : It might be true tho, cause her designs is the one who designed that wedding dress in 365 days movie part 2, from Poland

reinefay1 : Social media people and lies. That’s a 3 bedroom apartment in abroad she is wearing

lifeofijawboy16 : How much is Erica herself?

It was recalls Erica Nlewedim had stepped on her haters’ necks as she brought to life Invanity SS20’s look book.

The Big Brother Naija housemate was spotted in DNA by iconic Invanity SS20.

The outfit she wore to visit the executive governor of Abia state, Okezie Ikpeazu tooked eye-catching fashion to the next level.

“About yesterday at my meeting with the Governor of Abia State. It has been a beautiful and eventful homecoming, the love has been overwhelming. Thank you,” she captioned the post.