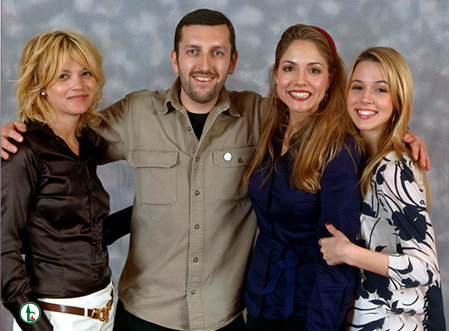 The actor Nicki Aycox, who was well-known for her appearances on Supernatural, has passed away. She was 47.

Aycox’s filmography includes, among others, Christina, Tom Cool, The Girl on the Train, Perfect Stranger, Jeepers Creepers 2, and the sequel. Her last acting role was in the 2014 movie Dead on Campus, where she played Danielle Williams.

Nicki Aycox was born on May 26, 1975. She was 47 years old. In Oklahoma’s Hennessey, Aycox was born. She has a younger brother named Steve and a Native American heritage.

Aycox participated in singing competitions and piano contests as a young girl. Her early acting credits include roles in Providence, USA High, Boy Meets World, The X-Files, and 3rd Rock from the Sun.

In Jeepers Creepers 2 from 2003, Aycox portrayed psychic cheerleader Minxie Hayes. It was a follow-up to the terrifying 2001 movie Jeepers Creepers. On Over There from July to October 2005, Aycox played Private Brenda “Mrs. B” Mitchell. The 3rd Infantry Division of the US Army was followed by the series as it served its first tour of duty in occupied Iraq and documented how the war affected the soldiers’ families back home.

Aycox appeared as Amber Canardo, a sociopath serial killer, in the Criminal Minds episode “The Perfect Storm” in 2006. She also portrayed Meg Masters, a recurrent adversary, in the first season of the WB (now CW) television program Supernatural.

Aycox had previously collaborated with executive producer Kim Manners on an episode of Over There that he directed, and he personally chose her for the character of Meg.

Nicki Aycox was married to her husband, Matt Rabb.