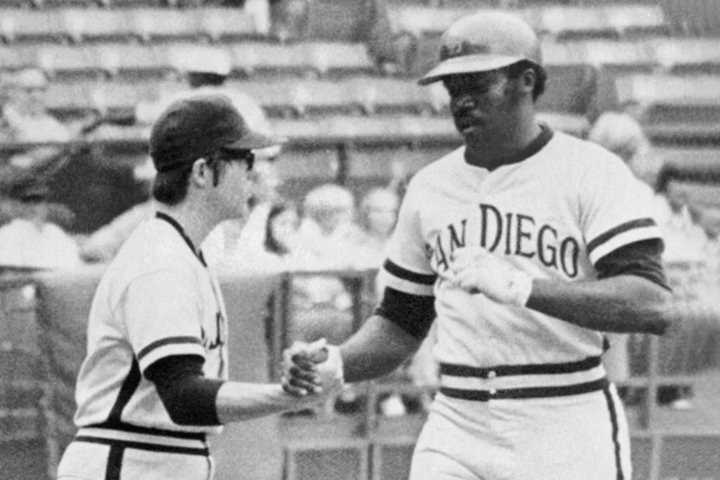 Nate Colbert was born in St. Louis, Missouri on April 9, 1946. He graduated from Sumner High School and went on to play professional baseball.

Colbert began his professional baseball career with the Houston Astros in 1966 but only played briefly with the team. He was then drafted by the San Diego Padres in the 1968 expansion draft.

Colbert had his first full season in the major leagues in 1969, the debut year for the Padres, and led the team with 24 home runs and 66 runs batted in while batting .255. From 1971 through 1973, he was selected as an All-Star in the National League.

Colbert had his greatest game in the majors on August 1, 1972, when he knocked in 13 runs in a doubleheader, breaking the previous record of 11 runs batted in. He is one of only two players to ever accomplish this feat (the other being Stan Musial in 1954).

The San Diego Padres defeated the Atlanta Braves 9-0 and 11-7 as a result of Colbert’s performance. Ironically, Colbert had been present at the game when Musial first broke the record for most home runs in a single day.

Despite playing for nine straight last-place teams from 1968 through 1976. Colbert still holds the record for most home runs in San Diego Padres history with 163. He was the team’s first prominent player and was inducted into the San Diego Padres Hall of Fame in 1999.

In addition to playing for the Padres, Colbert also played for the Montreal Expos and Detroit Tigers. He finished his career with a .243 batting average, 833 hits, 173 home runs, and 520 RBI in 1004 games. He had a .991 fielding percentage and played all three outfield positions in 66 games. Although he was primarily a first baseman.

Nate Colbert was married to his wife, Kasey, and was active in his community. Dedicating time to disadvantaged youth through his ministry. He was 76 years old at the time of his passing.