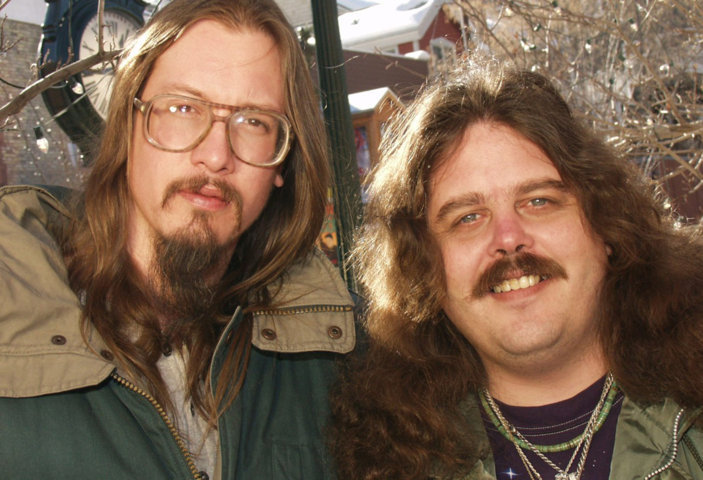 Mike Schank was a musician and actor from the United States. He was connected to independent director Mark Borchardt and assisted him in making the 1997 short horror film Coven. He co-starred in the 1999 documentary film American Movie with Borchardt, for which Schank also composed music.

Mike Schank, a Milwaukee guitarist who appeared in the 1999 documentary ‘American Movie,’ has died at the age of 53.

Schank revealed his cancer diagnosis in a Facebook post in June 2022, writing: “I’ve been diagnosed with a rare type of cancer recently. It started in my esophagus and spread to my liver and lungs and a bunch of other places in my body. It’s stage 4 and they can’t cure it but they are going to try to get it under control with radiation and chemotherapy.”

Jackie Bogenberger, a fellow member of the Milwaukee Alano Club, stated that Schank passed away on October 13th, at the age of 53. Schank “went away early this morning in his mother’s arms,” according to a friend, and his death was met with tributes from a variety of actors, directors, and other admirers, including Borchardt, Mark Duplass, Patton Oswalt, Taika Waititi, Rainn Wilson, Elijah Wood, and Edgar Wright.

Mike Schank was 53 years old at the time of his death. He holds an American nationality and he belongs to the white ethnicity. His actual birth date and Zodiac sign are not known.

Mike Schank has prohibited the media from knowing specifics about his family, therefore there are no details available.

Schank and his wife Kate lived in Milwaukee, Wisconsin.

Mike Schank began learning to play the guitar when he was six years old. Schank is most known for his role in American Movie, a 1999 documentary film about the making of the short horror film Coven. Schank is portrayed in the documentary as a boyhood buddy of Coven’s director, independent filmmaker Mark Borchardt. He is featured acting in and assisting with the production of Coven; he is also shown playing guitar, including blindfolded.

Schank composed the score for American Movie. The 1999 Sundance Film Festival saw the world premiere of American Movie, which went on to win the festival’s Grand Jury Prize for Documentary. Schank was referred to as “the movie’s inadvertent scene-stealer” by Betsy Sherman of the Boston Globe, and in a retrospective article by Drake Bentley and Piet Levy of the Milwaukee Journal Sentinel, they stated that “Schank’s deadpan humor and quiet sweetness in Movie made him a beloved, unforgettable figure.” Schank and Borchardt would frequently attend screenings of the documentary (along with the director, Chris Smith, and co-producer Sarah.

The Price-directed documentary Caesar’s Park had its world premiere at South by Southwest (SXSW) on March 11, 2001, in Austin, Texas.

That evening, Price and Smith attended a screening party for the movie at Club Deville, where Schank performed Black Sabbath and Metallica songs while Borchardt engaged with audience members. Fans from all over the world were able to contact Schank via phone thanks to the DVD release of American Movie and a website designed to promote the movie.

In addition to his roles in movies and on television (2009). In the song “Dreams I Know,” Schank recalls the specifics of dreams he had recorded in a diary, accompanied by acoustic guitar instrumentals, drum loops, and samples. Schank admitted that rather than acting in a movie, he would rather to “weird someone out at a party at Mark’s place at how brilliantly I can play guitar.”

Mike Schank’s net worth has not yet been investigated in detail.

There are no available details regarding Mike Schank’s educational background.

Interesting facts about Mike Schank’s should be known