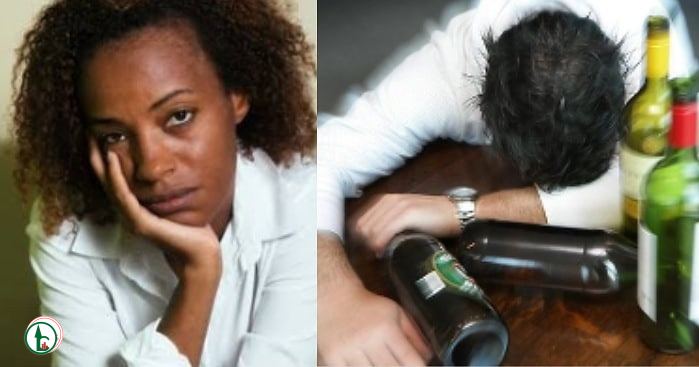 A man identified as Dunswortgabriel on Twitter has narrated how his neighbor’s wife made her husband to quit drinking.

According to him, his neighbor was a big drunk and after so many embarrassing experiences with him, his wife decided to teach him a lesson by taking him to the mortuary while he was unconscious.

“When a woman wants to teach you a lesson, even Satan sits down to take notes. My neighbour was a big drunk. Most times his wife would pick him up in bars and terraces.

Her family and friends wanted her to leave him but she was hopeful that she would find a solution. She told me in confidence that at one point she was so tired that she said to herself that she must find a solution very quickly.

According to her, last Monday she went to pick him up again, but he was completely drunk as usual. Instead of taking him home, she headed to the Mortuary and negotiated with the mortuary attendants to have him sleep near the corpses,then she came back home

Some hours later, the gentleman wakes up and starts screaming and begging the mortuary attendant that he is not dead.The mortuary attendants just laughed hysterically and said: “All you corpses, you come to practice witchcraft here. Abeg, go lie down with your friends joor…”

After several pleas, he was released and came home. My neighbour says that since that day, even Coca-cola or Pepsi sef, her husband doesn’t take anymore.”