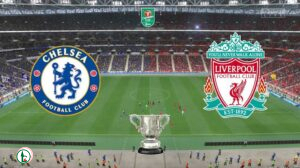 The 141st FA Cup final sees Chelsea and Liverpool go head-to-head, and not for the first time at Wembley this season.

With one piece of silverware down already, it was Jurgen Klopp’s men that came out on top last time out in the Carabao Cup final earlier in the year, and the German’s compatriot Thomas Tuchel will certainly be out for revenge this time round.

For the Blues’, Saturday’s affair is their only shot of picking up a trophy this season, after exiting Europe at the quarter final stage at the hands of Real Madrid, although the reigning European champions, though not for long, put up a majestic fight.