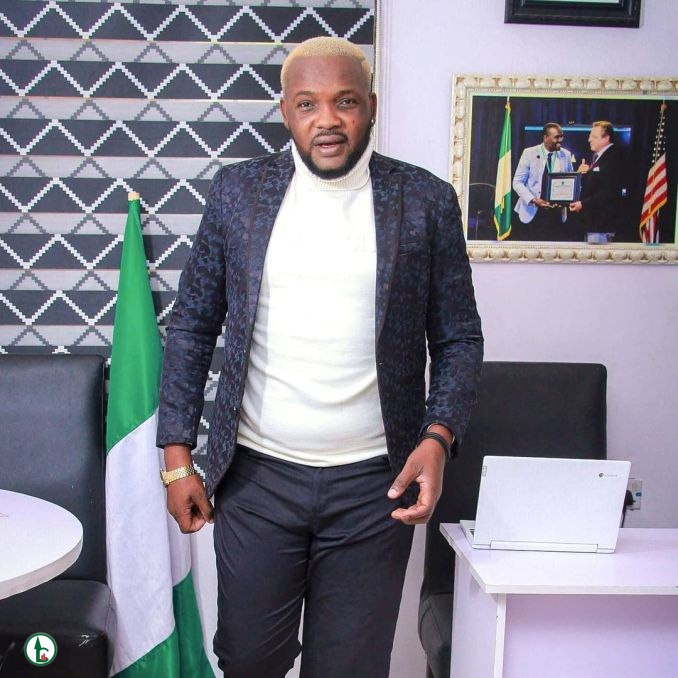 Actor Yomi Fabiyi’s wife Grace Jimoh, has reacted after her son was reportedly dragged into her husband’s fight with his colleague, Tonto Dikeh.

It can be recalled that the controversial actor had taken to his social media page to chastise Tonto Dikeh for promoting violence following her brawl with journalist, Kemi Olunloyo.

Yomi averred that rather than dragging Kemi Olunoyo on social media, the actress should have remained silent because she’s a public figure who many young girls look up to.

“Sometimes silence is golden but in this case of you and Aunty Kemi Olunloyo, it will amount to CONSPIRACY OF SILENCE on the part of the society.

As a public figure, young people are looking and following you online and offline, it is criminal and anti-social to issue “THREATS” of this nature privately or publicly because someone supposedly wronged you. If you feel you have a case and aunty Kemi infringes on your rights, inform the police, see they take right action or approach the COURT.” He wrote in part.

Tonto Dikeh lambasted the actor in response to the post, and it’s been said that her fans joined her in criticizing Yomi Fabiyi, however some went too far by allegedly mentioning his baby’s name.

Yomi Fabiyi’s wife, Grace, has now, via her Insta-stories, laid curses on trolls mentioning her son’s name in the brawl.

See also  “Once Bitten, Twice Shy”– Wizkid Distances Himself From Tems As They Perform [Video]

“Please you can drag me and my husband as you want, but please for God sake keep my son’s name out of it. Except if you wish to bury your children with your hand.” She wrote.