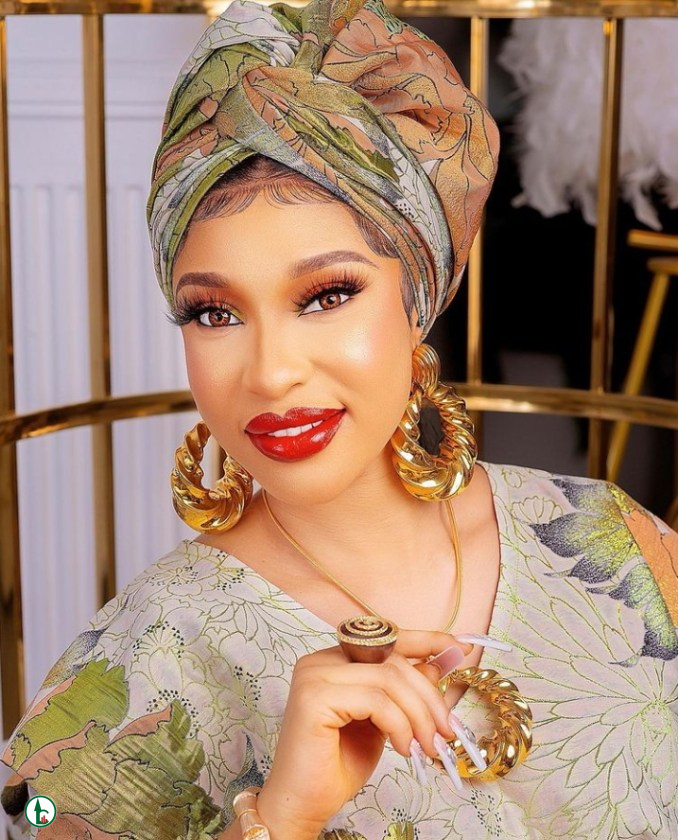 It was earlier reported that Tonto Dikeh and Bobrisky’s long-ago feud was reignited after the latter called out Tonto Dikeh over an unpaid debt that she had promised to pay.

“You have asked me to send my account no since last year to pay ur debt till now nothing… (5 million is a lot abeg pay ur debt so I can also balance people I’m owing. Nobody wish to go back to a friend like you…”

She wrote: “When I ex you as a friend you become dead to me. As in your irrelevance would be second to none. I m that friend that when I cut you off I cut your existence out. But I don’t know why God punish me with Ex friend who ate so obsessed with me and that are pained that everytime my name is brought up they wanna juno like person wey lose am gala…”

Moving on, Tonto Dikeh, in an online discussion with controversial media personality Ifedayo Olarinde popularly known as Daddy Freeze, revealed that she feels dirty whenever she fights Bobrisky on social media.

Although the actress claimed she feels dirty whenever she fights with Bobrisky online, she also claimed she must put him in his place.

Mixed reactions have trailed the video as netizens expressed disappointment over their ongoing drama on social media.

stella_offor_makike: They match each other . Let the drama continues. Na dem go tire

kasiemuobii: Abeg make una tell us una secret all this back n fourth don tire us

bimsuzie213: Seems bobs claims are true this one u get burial for head abeg o. Dramatic people..one dragging or the other. Get. Busy biko

derrick_nnaji: What happened to blocking each other and moving on, ignore the other no Matter what.

ceemplybecca: Both of you are the same