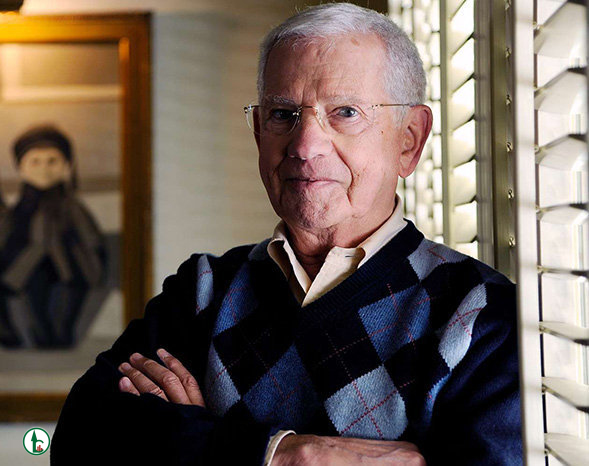 Robert Clary, a French actor, singer, and Holocaust survivor best known for playing Corporal LeBeau in the sitcom Hogan’s Heroes has passed away. He was 96.

Clary, the youngest of 14 children—10 of whom would perish in the Holocaust—was born in Paris, France, in 1926. He started singing professionally on a French radio station when he was twelve years old. He also studied art in Paris.

Robert Clary was sent to the Nazi concentration camp at Ottmuth in Upper Silesia (now Otmt, Poland) in 1942 because he was Jewish. On his left forearm, he had the tattoo “A5714” as his identity. Later on, he was transferred to Buchenwald.

Clary entered the entertainment industry once more and started singing songs that gained popularity not just in France but also in the United States. In 1948, Clary produced his first recordings, which Capitol Records released on disk after bringing them over by wire. He arrived in America in October 1949. A French-language comic routine on The Ed Wynn Show in 1950 was one of Clary’s earliest public performances in the United States.

Later, Clary ran into Eddie Cantor and Merv Griffin. After 15 years of being “the closest of friends,” Clary eventually had the opportunity to meet Natalie Cantor Metzger, Cantor’s daughter, whom he later married in 1965. Clary later appeared on The Colgate Comedy Hour thanks to Cantor.

Clary’s humorous talents were rapidly noticed by Broadway, where he performed in a number of well-liked musicals, including New Faces of 1952, which was later turned into a 1954 motion picture.

He acted in the 1952 movie Thief of Damascus alongside Paul Henreid and Lon Chaney, Jr. He made a guest appearance on The Gisele MacKenzie Show in 1958. (NBC). He had a brief appearance as Louis Schecter, Lily’s acting teacher, in the episode “Green Eyed Munsters” of The Munsters Today (1989).

The wife of Robert Clary had passed away. She was the late Natalie Cantor Metzger, whom he had been married to from 1965 until her passing in 1997.

His Net worth is currently under review, will be available for you soon.