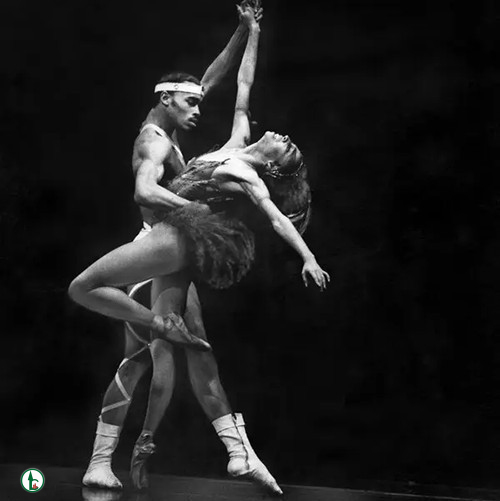 American dancer Stephanie Renee Dabney was a prima ballerina with the Dance Theatre of Harlem from 1979 to 1994.

Stephanie Dabney, a former prima ballerina for the Dance Theater of Harlem, passed away on September 28 in a Manhattan healthcare facility. She was known for her signature role as the red-plumed heroine in a contemporary adaptation of “The Firebird,” as well as other performances that helped reshape classical ballet. She was 64.

The Dance Theater of Harlem, where she performed until her retirement in 1996, made the announcement of her passing. After receiving an HIV diagnosis in 1990, Ms. Dabney experienced several health problems over the years.

Crisp, minimalistic, with bursts of physical strength and soaring jumps, Ms. Dabney’s stage presence set the bar for the Dance Theater of Harlem for nearly 20 years as the organization experimented with new interpretations of classical ballet.

On January 12, 1982, the Dance Theatre debuted its adaptation of Igor Stravinsky’s 1910 “The Firebird,” restaged in a tropical setting with Ms. Dabney in the title role and choreography by John Taras. This was Ms. Dabney’s big break. The Firebird assists a man in ending the immortality of the “prince of evil” in Ms. Dabney’s critically acclaimed performance, which she gave while sporting a feathered crown and short tutu with flowing crimson tulle.

A Peabody Award-winning episode of the PBS program “Kennedy Center Tonight” that focused on rehearsals and Ms. Dabney’s preparations featured “The Firebird” in 1982.

As part of cultural exchanges with the Soviet Union under Mikhail Gorbachev, she later performed her Firebird interpretations for audiences all over the world, notably at the Olympic Arts Festival prior to the 1984 Los Angeles Games and in May 1988 in Moscow. According to the New York Times, Raisa Gorbachev, the co-founder and director of the Dance Theater of Harlem, told Arthur Mitchell onstage, “The woman who danced your Firebird, she was amazing, as if created for this role.”

Dabney, who was raised in Youngstown, Ohio, where she started her ballet instruction at the age of 4, was born in Philadelphia, Pennsylvania, to a military family.

Dabney made the decision to pursue a career in dancing after seeing dancers that resembled her perform with the Alvin Ailey American Dance Theater on tour. The next year, Dabney signed up for a masterclass with Dance Theatre of Harlem as part of the company’s residency in her city.

She was noticed in a class by Arthur Mitchell, co-founder and creative director of DTH, who extended an invitation for her to attend his university in New York. Dabney declined because she already had the scholarship to attend The Ailey School.

She transferred to the school of Dance Theatre Harlem after realizing after one week at The Ailey School that she preferred ballet to modern dance. She joined the business in 1975 three months later as an apprentice under the name Stephanie Baxter.

Stephanie Dabney Career, What was her profession?

Dabney had been working her way up through the company’s repertoire when John Taras chose her to debut in the lead role of his new adaptation of The Firebird with scenery and costumes by Geoffrey Holder.  The three top dance critics at The New York Times, Anna Kisselgoff, Jennifer Dunning, and Jack Anderson, gave Dabney’s performance raving praise.  Stephanie Baxter was then billed as “Stephanie Dabney” going forward.

Profiting off Firebird’s popularity, Arthur Mitchell had the production’s Kennedy Center premiere videotaped and shown at 9 as part of Kennedy Center Tonight on WNET-TV. The final program, Dance Theatre of Harlem’s Stravinsky’s “Firebird,” included a documentary on the production’s behind-the-scenes activities, interviews with the creative team, and a live performance. Beverly Baroff produced and edited this show for Pittsburgh station WQED-TV under the direction of Kirk Browning. Two years later, as part of the opening ceremony of the 1984 Summer Olympics in Los Angeles, Dabney was invited to perform as the Firebird alongside DTH.

Dabney received praise for her performances throughout her time with DTH in a variety of works, such as George Balanchine’s Concerto Barocco, The Four Temperaments, and Allegro Brilliante. Voluntaries by Glenn Tetley, Rondo Capriccioso by Bronislava Nijinska, Manifestations by Arthur Mitchell, Frankie, and Johnny by Ruth Page and Bentley Stone, Swan Lake and Creole Giselle by Frederic Franklin, as well as Billy Wilson’s Concerto in

Stephanie Dabney Net Worth, How much does she earn?

The net worth details of Stephanie Dabney isn’t disclosed yet.

Stephanie Dabney Husband, What is her relationship?

Stephanie Dabney’s personal love life is a mystery. There are no precise data about if she is married or not.

Interesting facts about Stephanie Dabney’s which should be known