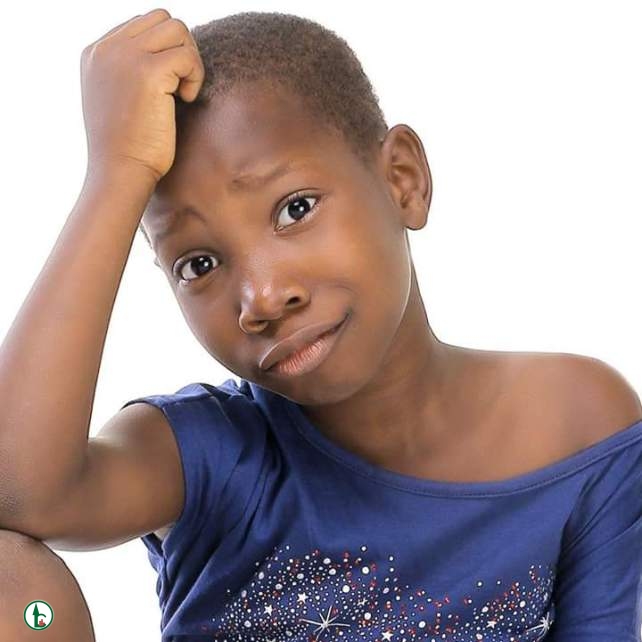 Emmanuella Samuel popularly known as Emmunella is a famous Nigerian kid comedienne and a YouTube personality who was discovered by Mark Angel Comedy skit, a short comedy video published every Friday on YouTube. She is very gifted, skillful, creative and talented. She knows how to interpret her roles very well and can deliver her lines in a comic way that leaves viewers wondering if she is really a kid or not.

She was born on 22nd July 2010 in Port Harcourt, River State in the south southern part of Nigeria. She is currently 9 years old. She is originally from Imo State in the south eastern part of Nigeria and also a cousin to Mark Angel. However, there have been controversies on her relationship with Mark Angel, as it has been said in different circles that she is his niece and some say they are cousins.

Emmanuella came into limelight after featuring in the comedy video “This is Not My Real Face Oh” a short comedy video where she displayed an amazing and wonderful performance. She started comedy since she was in primary 1 and due to her intelligent she master her lines very well. Emmanuella was indeed a gift in the Mark Angel Comedy crew and helped to project brand into a global venture.

She currently lives in Port Harcourt, River State in the south southern part of Nigeria with her family. She joined the Mark Angel Comedy crew in 2015 at the age of 5 years old and her amazing performances in the comedy video have made her a global figure.

In 2015, she won the G Influence Niger Delta Special Talent Award, City People Award and Nigerian Entertainment Award for Best Comic Actress. She is currently regarded as one of the most popular and most influential kid celebrity in Nigeria known worldwide. Emmanuella is currently a student at Brighton Gate Academy in Port Harcourt, River State in the south southern part of Nigeria, where she combines both her academic and professional career together.

In October 2016 she won two awards in Australia, first was Princess of Comedy and second was Most Prominent Kid Comedienne. In November, 2016 she was hosted by CNN in an interactive session, where she talks about her personal life and future ahead.

Emmanuella entered into comedy when she was only five years old. She was on a family holiday and met with Mark Angel. At that period, Mark Angel needed some kids for his comedy shoot, and called a few children he knew for the audition but they couldn’t memorize their lines and he then turned to Emmanuella and she excelled despite the eighteen hour long video shoot, a stunt he pulled to test the endurance of the kids.

After her selection, Mark Angel had to convince Emmanuella parents to let her become a part of the Mark Angel Comedy crew and got their approval. Her fame started after the comedy skit “This is Not My Real Face Oh” in which she was making jokes about a teacher to her fellow student without knowing the student was the child of the teacher she was making fond of. This short comedy skit was featured on CNN’s Facebook page.

Emmanuella currently has an estimated net worth of over $200,000, making her one of the richest and most influential kid comedienne in Nigeria. She has also received several brand endorsement from reputable companies in Nigeria. She is currently the brand ambassador for Slim Tea, Loyal Milk, Indomie and many more. Emmanuella is also very popular on social media with more than a million followers on her official Instagram handle and Facebook page.

Emmanuella has won several awards and recognitions throughout her career. In 2018, Emmanuella was invited to the National Assembly by the Senate President of Nigeria, Senator Bukola Saraki on account of her landing a role in a Disney film, a feat no kid in Nigeria has ever attained.

She made the announcement of her role in the Disney film on her official Instagram handle. In 2016, Emmanuella won the award for Top Subscribed Creator from YouTube at the inaugural edition of the Sub-Saharan African YouTube Awards. That same year, she also won the Best New Comedienne and Princess of Comedy awards at the Afro-Australia Music and Movie Awards. In November 2016, she was hosted by CNN in an interactive session. In 2015, she won the G-Influence Niger Delta Special Talent Award.