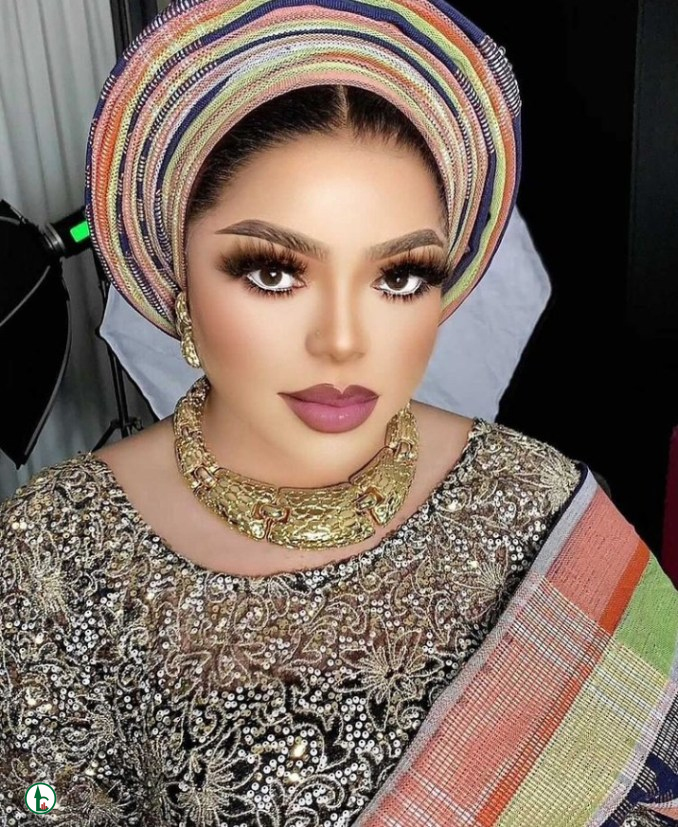 Nigerian crossdresser, Bobrisky has thrown a subtle shade at his rival, James Brown.

The crossdresser who seems to be losing his spotlight was clearly not happy with James Brown’s invite to the prestigious AMVCA.

James Brown had caught the attention of many when he stepped into the event with a royal-like costume which made him stand out.

Hours after his red carpet look made rounds on the internet, Bobrisky took to social media to mock him.

He stated that he saw someone’s dress which had got him laughing.

Bobrisky added that it isn’t a must he attends the visit and should have sat at home.

Many concluded that he was referring to James Brown.

“I see one person dress tonight laugh wan finish me. No be force. Sit down for house”.

It was recalls James Brown was fully out in competition with his friend turned rival OkuneyeIdris, a.k.a Bobrisky.

James Brown posted photos of himself rocking am obvious silicon breast to tease his fans.

However, he was been faulted for not picking the right colour to fit his skin, thus he made it so glaring that he wore fake boobs.