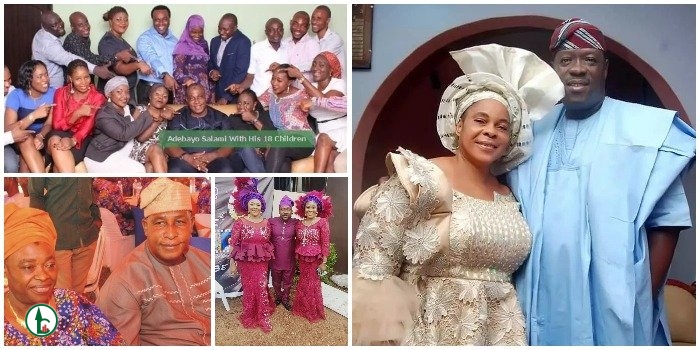 Polygamy is not something new in our society, it has been around for years regardless of our religious affiliation. Here are some of our celebrities who married two wives. Yul Edochie has been one of the major trends in the entertainment industry since he announced the birth of his son whom he had with his second wife. His announcement has been met with a wide range of mixed reactions from his fans as well as celebrities.

The popular Nollywood actor, scriptwriter, and producer, Olusegun Ogungbe is married to two beautiful wives named Atinuke and Omawunmi. Seun in an interview with Punch revealed how lucky he is to have a peaceful home. (Segun Ogungbe and his wives)

He said that his wives didn’t know each other before he got married but they behave like friends. “God has blessed me with wives that understand each other. It is only God that can help a man have a peaceful home, he said. Seun’s second wife Omawunmi is an actress in the Nigerian Movie industry. (Musa and his two wives)

The Super eagle forward and captain Ahmed Musa have been married thrice but have two wives. After his first marriage crashed, Musa married Juliet Ejue in 2017, and in July 2021, he married his second wife Mariam. Ahmed Musa is living happily with his two wives. Taiwo Hassan popularly known as Ogogo is another actor who married more than one wife. Ogogo has two wives who are of different religions. Reports have it that Ogogo and his wives are happily together regardless of religious differences. Ogogo once revealed that he never fancied polygamy but ended up marrying another wife after his first marriage. He believes everything happens for a reason and he was destined to do so. The Veteran Nollywood actor and movie producer Adebayo Salami popularly known as Oga Bello is another actor who has more than a wife. Alhaja Ejide is Oga Bello’s first wife and while Nosimot Omolabake is his second wife. Oga Bello has eighteen children of which five are involved in the movie industry. He has been rumoured to have more than two wives due to the number of children he has, however, such rumour has not been confirmed.