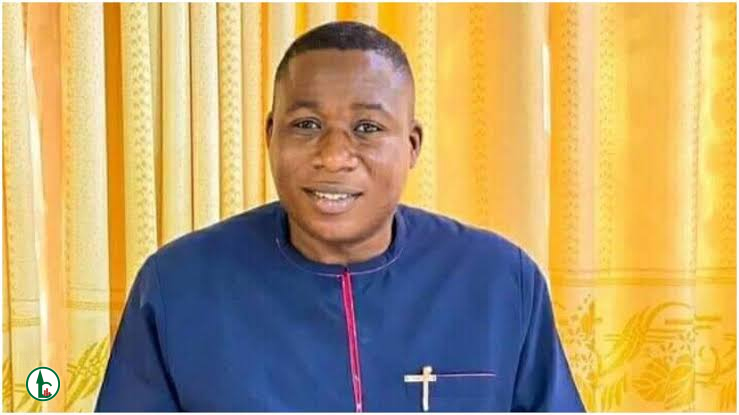 Receiving Igboho also was the Akintoye’s deputy,
In a statement by the group’s Communications Secretary, Maxwell Adeleye, Akintoye described the release of Ighoho as a triumph of truth over darkness in Yorubaland. Sunday Igboho Release

The Department of State Services had raided Igboho’s Ibadan residence on July 1, 2021, killed two of his aides and arrested 12 of his aides who were later released after months in detention at the secret police’s headquarters in Abuja.

Declared wanted by the DSS for allegedly stockpiling arms to destabilise Nigeria, an allegation he denied, Igboho escaped to the neighbouring francophone country in July 2021.

However, luck ran out on him and he was arrested by the Interpol at a Benin airport on July 19, 2021 when he tried to board a Germany-bound flight.
Join Our Telegram Channel

He was remanded in a prison in Benin Republic since then where he was said to have faced trial for immigration-related offences, amongst others.

But Akintoye, who had earlier said he relocated to Benin Republic to secure Igboho’s freedom, announced on Monday that the activist has been freed.