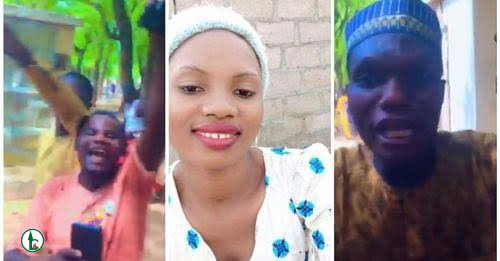 Two suspects allegedly involved in the gruesome murder of Deborah Samuel, a 200-level student of Shehu Shagari College of Education, Sokoto has been arraigned by the Nigerian Police Force, DailyTrust reported.

The newspaper revealed that the suspects, Bilyaminu Aliyu and Aminu Hukunchi who are also students of the same institution appeared before a magistrate’s court in Sokoto.

As gathered by Legit.ng, the Nigerian police revealed that the suspects were appearing before the court based on the premise of a mob action which led to the lynching of the student.

However, the suspects before the magistrate pleaded not guilty to the charge leveled against them.

Meanwhile, the police prosecutor, Inspector Khalil Musa, prayed to the court for more time to conduct more investigation into the case.

Similarly, the defense counsel, Mansur Ibrahim did not object to the prosecutor’s prayer rather he pleaded to the court to grant the suspects bail, a request that was denied by the magistrate.

The magistrate ordered that the suspects be remanded at the Sokoto Correctional Centre as the ruling was adjourned to a later date which is expected to be communicated to both counsels.