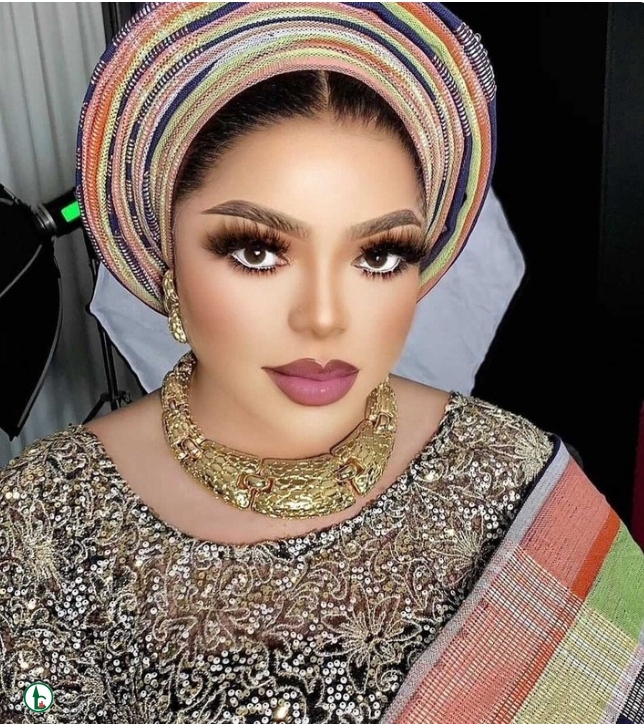 Nigerian crossdresser, Idris Okuneye better known as Bobrisky has been mocked online as he proudly showed off fake proofs of ownership of his 450 million mansion.

The socialite who announced in 2021 that he was acquiring a new house worth millions of naira had left many mocking him after he failed the host his self acclaimed house warming party at the scheduled day.

Proving his naysayers wrong, Bobrisky showed off the deeds to his house and app documents needed to prove he had purchased the luxury home.

Showing it off, Bobrisky appreciated his lawyer for his effort in helping in with his dream house.

Throwing shade, Bobrisky stated that only Landlords and landlady would understand the document.

“Thanks to my lawyer for app his effort he made buying dis home. Only Landlords and landlady understand this document. Tenant no dey sign app dis document here so they don’t understand. 19th I’m posting full pic of the house. Congrats to me. Four hundred million is a whole a lot”.

Unfortunately, Bobrisky didn’t read the documents thoroughly and was quick to publish that he forgot to cover the words “lease” which blew him up.

As always, Nigerians took to social media to mock him over his poor educational background.

davidkhofi : Go school go school, Idris said No. I’m sure he’s not aware of what that means before posting it. Jeanslova don nab am

trygod_sp : This can only happen when you don’t understand what you read in a book. Lol I come in peace

beeceevirgo : He no remember to cover am abi del forget to write deed of assignment

Bobrisky had bragged about his N450 million house.

The crossdresser took to his Snapchat to count his blessings as he noted how many of his age mates couldn’t achieve all he had today.

Bobrisky revealed that everyday of his life, he looked at where he was coming from and where he was today and gives God the glory.

Bobrisky admitted that it still amazes him to know that he has a property worth N450 million.