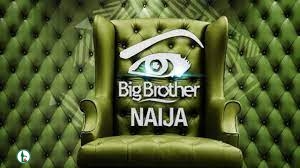 One of the biggest reality Show in Nigeria, Big Brother Naija season 7 is set to commence soon a few weeks after the Season 6 Reunion.

The reality show which takes place every year gets social media especially Twitter busy during the show. A lot of social media users in and outside Nigeria show massive support for the show.

The seventh season of the reality show is about to kick start on July 23rd and 24th as new housemates will be introduced to the public. The new season 7 is reportedly to last for 72 days.

It has been disclosed that this year’s season is also going to be bigger than the previous season with the winner walking away with a total of N100 million. The N100 million will be in two parts; N50 million prize money and N50 million worth of gifts from the sponsors of the show.

The last season came with voting from fans through the DSTV and Showmax applications. This is because there were controversies among people who made voting of housemates a business. However, this year’s edition will be no SMS voting.