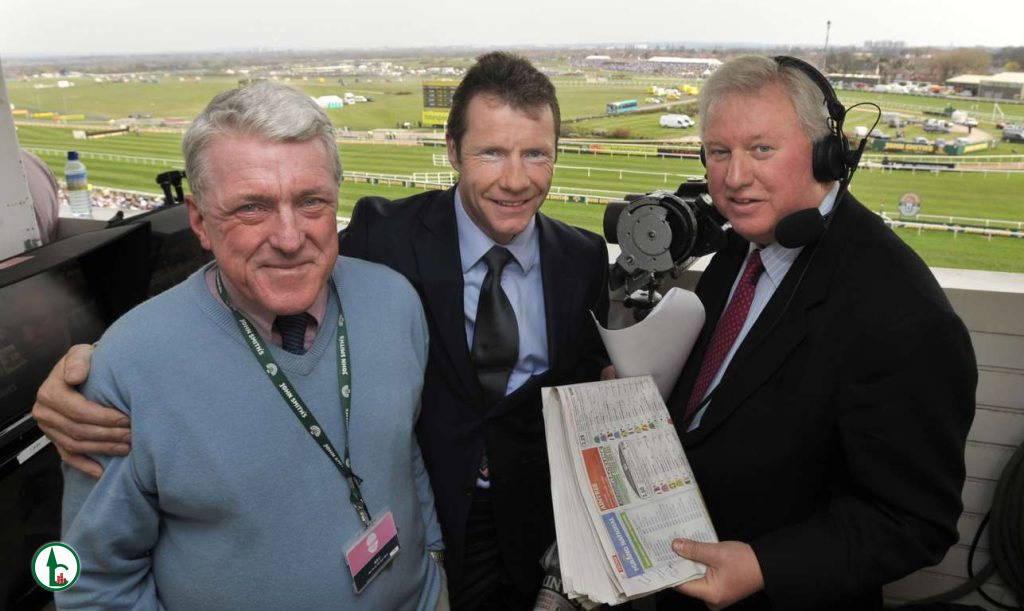 John Hanmer was a fixture on BBC racing coverage, well known for his work on the Grand National.

John Hanmer was well-known in the racing world for his lengthy tenure as a member of the Grand National commentary team for BBC television from 1972 to 2003 and as Sir Peter O’Sullevan’s BBC commentary assistant from 1971 to 1997.

His most prominent position was as a Grand National commentator for the BBC, joining the likes of O’Sullivan, Julian Wilson, and Jim McGrath. He took over when the runners crossed the Melling Road. Hanmer primarily worked for the BBC as a “spotter” for O’Sullevan and later McGrath, but he would also assume control of the microphone after the live races had been broadcast on Grandstand, perhaps most notably in 1996 at Ascot when he called the final three races of Frankie Dettori’s Magnificent Seven.

Along with Jimmy Lindley, he served as the BBC’s paddock commentator. In 1960, Hanmer began working as a race reader for Raceform. He was a jockey agent as well as a pundit, mostly representing Cash Asmussen and Steve Cauthen.

At the HWPA Awards the previous year, he received the President’s Award. Hanmer, an enthusiastic cricket fan who often visited Australia to see the Ashes, had a large racing social circle, including former trainers Barry Hills and David Gandolfo.

John Hanmer was 82 years old at the time of his death. He holds British nationality and he belongs to the white ethnicity.

John Hanmer and his wife Gillie resided in East Challow, near Wantage, for more than 30 years.