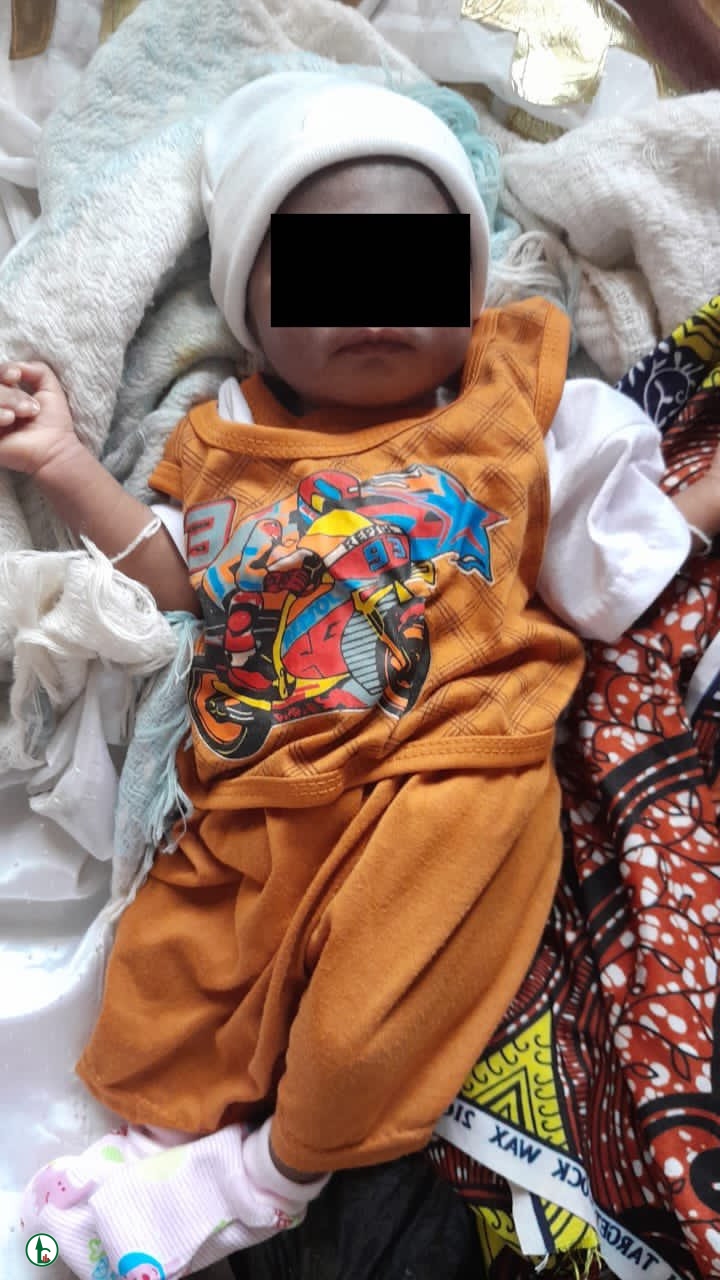 A baby has been dumped on a street in Lagos State.

According to report, the baby was found abandoned on the streets of Lagos state today July 4.

The spokesperson of the state police command, SP Benjamin Hundeyin who disclosed this on social media, said a note was dropped by the baby stating her name, date of birth, and her mother’s first name. 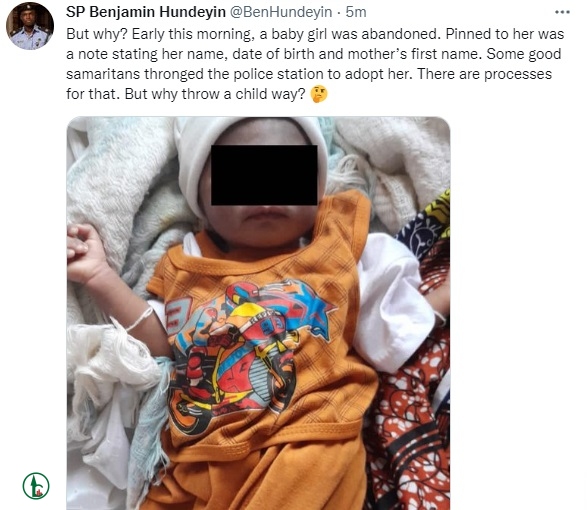