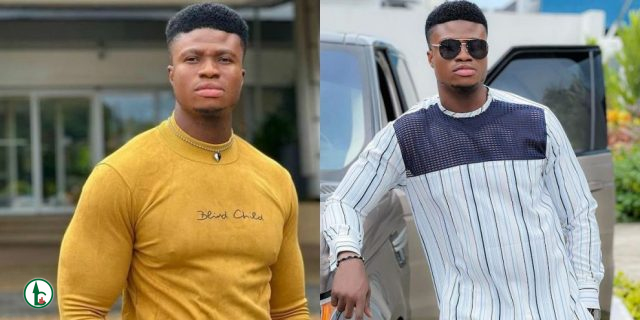 Popular skitmaker, Aloma Isaac Junior is better known as Zic Aloma challenged anybody who claims he demand to sleep with them in exchange for promotion.

Reacting to this while speaking with Sunday Scoop, Zic Aloma said:

“I really don’t want to talk about these things. I have been told that if people don’t talk about one, it means one is really not doing well. I don’t blame any blog for writing whatever they want; I blame people who give them audience, because they are just looking for ways to drive traffic to their blogs. I am not clearing any air. People can believe whatever they want to believe”

Aloma, who is a former lecturer, also stated that anybody who claims that he demanded cex from them should speak out. He added, “The best thing is for you to watch my skits. Anybody that looks like an up-and-coming comedian should be asked what they did for me to feature them. Everyone that becomes successful, most pass through a channel. I became successful because I put in hard work. I shot content for years without being recognised until it got to a point when I was recognised by people and my content started going viral.

“I work with anybody who I feel can deliver. I shoot most of my contents with celebrities. That does not negate the fact that I can work with someone who has just 20 followers. I don’t compromise my content for anything. Some people offer me money to feature in my skits but I tell them ‘no’ because I don’t like their acting.”