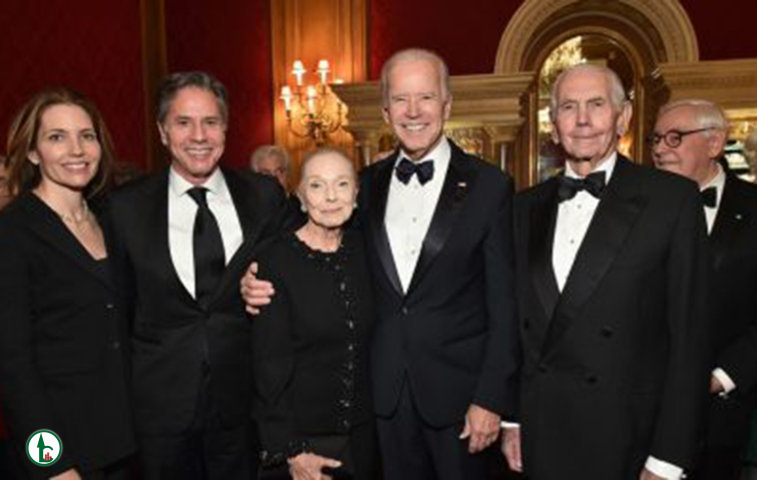 Donald Mayer Blinken was an American businessman and diplomat. He served as the United States Ambassador to Hungary from 1994 to 1997. His son, Anthony Blinken, is the incumbent Secretary of State of the United States in the presidency of Joe Biden.

He was a co-founder of the investment banking firm EM Warburg, Pincus and CO, and was president of the Mark Rothko Foundation from 1976-1989. He also chaired the Board of Trustees of the State University of New York, the nation’s largest institution of higher education, from 1978-1990.

Donald Blinken, a former US diplomat and father of current US secretary of state, Anthony Blinken, has died at the age of 96. He died overnight at 96 years old.

His son tweeted : “ My family lost a parent and grandparent, a source of love and inspiration.

Dad inspired me to public service. He lived with decency, dignity and modesty. He loved his wife Vera and his family. Donald built a wonderful life and gave me a wonderful wife. I love you, Dad.”

New York, the son of Maurice Blinken and his wife,Ethel(Horowitz). His father and mother were from Kyiv. His grandfather was author Meir Blinken. Blinken had two brothers, Alan and Robert. The brothers grew up both in New York City and Yonkers.

Donald Blinken became an Art Collector. He was president of the Mark Rothko  Foundation from 1976-1989, the foundation distributed 1000 art pieces to museums, including to the National Gallery of Art. In 1966, Blinken co-founded E.M Warburg Pincus and Company, an investment bank in New York. He also served as a director for Warburg Pincus, and served as chairman of the Board of directors. From 1970-1976, Blinken was president of the Brooklyn Academy of Music.

During the presidency of Jimmy Carter, Blinken served on a special nomination panel for the US Court of Appeals. In 1994, President Bill Clinton nominated Blinken to be the United States Ambassador to Hungary. He was confirmed by the US Senate and served in the role until 1997. From 2000-2004, Blinken was the secretary-general of the World Federation of United Nation Associations.

Blinken was married to Judith Frehm from 1958 until their divorce in 1971 and then married Vera Ermer in 1975. Vera was a Holocaust survivor in Hungary during World War II; in 2009, the couple published a memoir about her escape from Communist Hungary and their time back in Hungary during his term as the US Ambassador.

His son, Anthony Blinken, from his first marriage, is the United States Secretary of State in the presidency of Joe Biden.