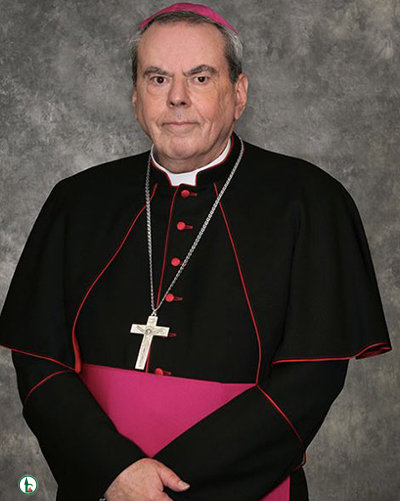 From 1997 to 2003, he worked for the Archdiocese of Saint Louis as an auxiliary bishop.

Michael Sheridan, a former bishop of Colorado Springs, passes away at the age of 77.

According to his office, Bishop Emeritus Michael John Sheridan passed away peacefully on September 27. He was the Bishop of Colorado Springs from 2003 to 2021.

According to the Diocese of Colorado Springs, among his many accomplishments during his time as Bishop of Colorado Springs were the creation of a strong vocations program that led to the ordination of numerous new priests for the diocese and the building of the St. John Henry Newman Chapel and Catholic Student Center at the University of Colorado at Colorado Springs.

St. Dominic Parish in Security, St. Francis of Assisi Parish in Castle Rock, Our Lady of the Woods Parish in Woodland Park, and St. Benedict Parish in Falcon was among the new churches built in the diocese under the direction of Bishop Sheridan.

Bishop James Golka will preside over a vigil on Thursday, October 6 at 5:30 p.m. at St. Mary’s Cathedral, 22 W. Kiowa St. On October 7 at 12 p.m., Holy Apostles Church, 4925 N. Carefree Cir., will host a Mass of Christian Burial. Cardinal Timothy Dolan of New York will serve as the main celebrant.

Michael Sheridan was 77 years old. Sheridan was born in St. Louis, Missouri, to John and Bernice Sheridan. He was born on the 4th of March, 1945.

He was of American nationality and followed Christianity.

Michael Sheridan Career, What was his Profession?

Sheridan was consecrated to the priesthood on May 29, 1971, by then-Archbishop John Carberry. Sheridan served as a priest at parishes around the Archdiocese of St. Louis after receiving his ordination. Additionally, he was a professor of theology at Kenrick-Glennon Seminary. Saint Louis University conferred a Master of Historical Theology degree to Sheridan in 1973.

Sheridan went to the Pontifical University of St. Thomas Aquinas, Angelicum, in Rome in 1974 and graduated with a doctorate in theology. In 1980, he returned to Rome to complete his doctoral studies in sacred theology. His dissertation was titled The Theology of the Local Church in Vatican II.

Sheridan was chosen to lead Christ the King Parish in University City, Missouri, in 1988. He was appointed priest of Richmond Heights, Missouri’s Immacolata Parish in 1993.

John Paul II named Sheridan the second bishop of the Diocese of Colorado Springs on January 30, 2003. His inauguration occurred on January 30, 2002. Sheridan served on the Committee on Education for the US Conference of Catholic Bishops (USCCB). Along with these organizations, he served on the boards of trustees for Kenrick Seminary, Catholic Relief Services, the International Dominican Foundation, and the Pontifical North American College in Rome.

He enrolled in Corpus Christi Catholic School in Jennings, Missouri, in 1951. He then enrolled in and eventually graduated from St. Louis University High School in St. Louis in 1963.

Before enrolling in Cardinal Glennon College Seminary in Shrewsbury, Missouri, Sheridan spent a year at Rockhurst College in Kansas City, Missouri. He earned a Bachelor of Philosophy from Cardinal Glennon in 1967. Afterward, Sheridan enrolled in St. Louis’ Kenrick Seminary.

Michael Sheridan Net Worth, How much does he earn?

His salary and net worth details are under review.

Michael Sheridan Wife, What is his relationship?

Michael Sheridan was married to Karin Ruediger and had 2 children.

We did a quick search for the social media reach of him but weren’t able to find him on any social media platforms.

Interesting facts about Michael Sheridan’s which should be known