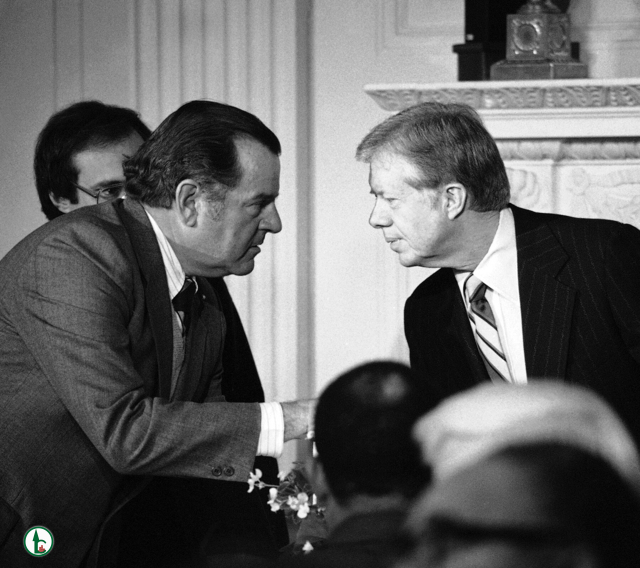 Charles Duncan Jr. was born in Houston, Texas, on September 9, 1926(96 years old). He holds an American and he belongs to the white ethnicity. His Zodiac sign is Virgo.

We don’t have much detailed information regarding Charles W. Duncan Jr’s family. His family’s verified information will be provided later.

Charles W. Duncan Jr. Wife, What about his Children?

Charles W. Duncan Jr. is survived by his wife of 65 years, Anne Smith; their son, Charles, and his wife Leslie; their daughter, Mary Anne Dingus, and her husband Bill; and five grandchildren.

Charles W. Duncan Jr. Career, What was his profession?

Duncan began working for his father’s and uncle’s coffee company, which had been established in 1918, in 1957. Early Duncan Coffee brands, such as Admiration and Bright & Early, had established themselves as grocery mainstays in Texas and neighboring states. After steadily moving up the ranks, Duncan became president in 1958. Under his direction, the business acquired facilities in New Jersey and Pennsylvania and diversified into the production of instant coffee, a novel, and well-liked beverage.

Several regional brands of ground coffee were also acquired by Duncan, including those from Tennessee’s Fleetwood Coffee and Nebraska’s Butternut Foods. He created Maryland Club Coffee, a premium, upscale blend that competed with Maxwell House. Duncan Coffee and the Coca-Cola Company merged on May 8, 1964, and Duncan joined the Coke board of directors. He oversaw the newly established Coca-Cola Foods Division, which included the company’s Minute Maid and coffee brands.

Three years later, the business sent him to London to take on the position of Coca-Cola Europe chairman. Nearly 300 Coca-Cola bottling plants, including ones in Eastern Europe, Southwest Asia, and North Africa, were operated and expanded under Duncan’s supervision at that location in Europe and Asia.

The Coca-Cola Company became the first American consumer marketing company to break through the Iron Curtain with the first Eastern European introduction in Bulgaria.

Duncan frequently served as a trustee on the Board of Governors of Rice University throughout his career. He presided over Rice’s board from 1982 to 1996. He twice oversaw the search for a new university president, advocated for the admission of foreign students, and helped found the nonpartisan James A. Baker III Institute for Public Policy. In 1996, after Duncan left the Rice Board, the university gave him and his wife, the former Anne Smith, the honorary names of its new computational engineering building (Anne and Charles Duncan Hall).

The couple donated $30 million to Rice in October 2007 to establish Duncan College, the university’s eleventh residential college and its first-ever all-green structure. In 2007, the couple celebrated their 50th wedding anniversary in June.

How much is Charles W. Duncan Jr. Net Worth?

However, we don’t have any specific information about Charles W. Duncan Jr’s net worth.

Unfortunately, Charles W. Duncan Jr does not seem to be available on social media.

Who is Charles W. Duncan Jr?

Charles W. Duncan Jr was 96 years old at the age of his death.

What News does Charles W. Duncan Jr. have?

Charles W. Duncan Jr passed away at home from complications related to a fall at the age of 96.

What Is Charles W. Duncan Jr’s Net Worth?

It is impossible to estimate Charles W. Duncan Jr’s net worth at the time of writing because no information about his earnings has been made public.

Charles W. Duncan Jr was a married man. He married Anne (née Smith) and they had two children together.

Interesting facts about Charles W. Duncan Jr.’s should be known