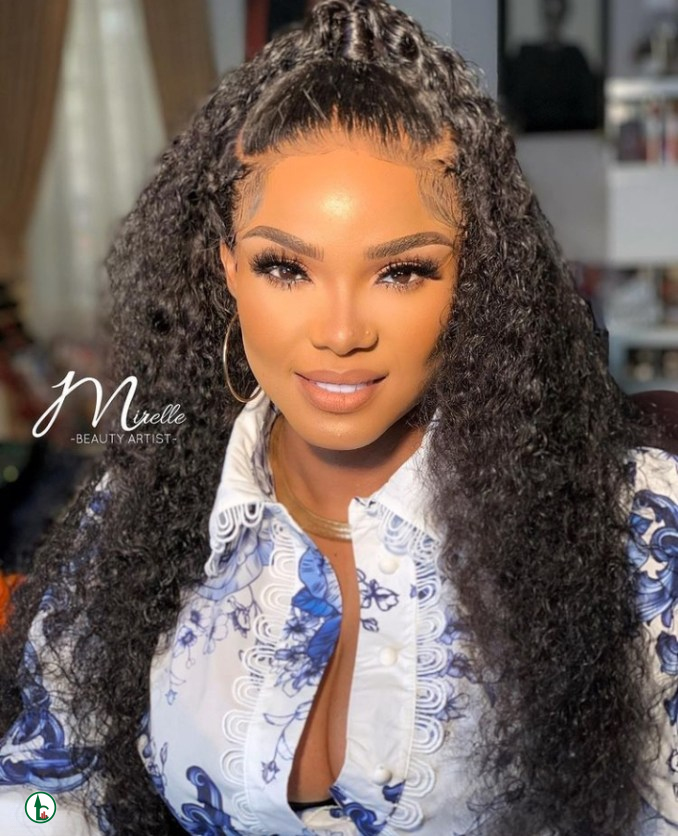 Nollywood actress Iyabo Ojo has reacted to the viral statement by her colleague and co-reality star on Real Housewives of Lagos, Caroline Danjuma that she spent over 30 million on her dressing.

Caroline claimed that the show’s producers couldn’t afford to pay her and at such they offered her an honorarium.

Caroline Danjuma made this known during an interview with host, Feyi where she revealed she spent 30 million on buying designer items for herself for each appearance.

Caroline said, “For me I was told I could not be afforded, they were going to give me an honorarium which I had to do with my styling. No royalties, nothing. I spent at least N30 million of my own money buying new designer things.. Things I hate to do”.

Speaking on her relationship with co-star, Chioma Ikokwu, she revealed that they had no personal relationship outside the show.

She stated that Chioma, the owner of Chioma Good hair betrayed her which forced her to maintain her distance.

Iyabo Ojo took to the comment section to drop a cryptic message.

She dropped a walking emoji in reaction to her statement.

Many considered it a dig at Caroline for feeding the public with lies.

It was recalls Iyabo Ojo had lashed out at a friend who backstabbed her.

The single mum of two noted how her friend, identified as Feyi, had talked bad about her, yet pretended to be her friend.

Iyabo Ojo stated that she can never be her friend and at such, she had maintained distance from her.

Her outburst came after the friend had an interview with Caroline Hutchins, her cast mate on Real Housewives of Lagos, where the friend dragged Iyabo Ojo.

Iyabo promised to make Feyi famous after she drags her name to the mud.

She added that friends like Feyi wouldn’t allow her to be born again and drop her controversial lifestyle.

Iyabo Ojo said, “Feyi werey, I didn’t even know this was you, this is not the 1st time, you keep talking bad about me yet you call me a friend, I can never be your friend that’s why I have kept my distance from you, Feyi you live in a fucking glass house, what I know about you girl lol you will never ever want to go down this lane with me, coming for me in that stupid interview with Caroline is like you want to be famous, I will make you one but I will sooooooo drag you bitchsssssssss….. you better keep my name out of your dirty mouth….be warned. God knows I’m trying so hard to drop Vawulence but some frenemies will not allow me be Bron again in peace. This page does not support Vawulence… I come in peace”.